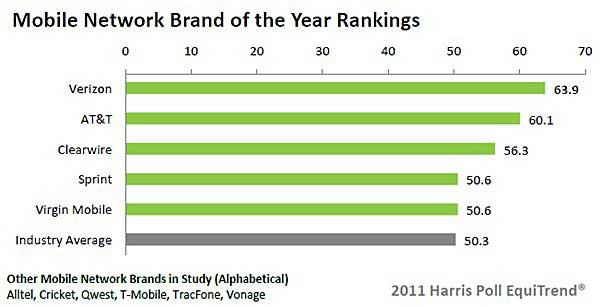 "Since the change in the portability of phone numbers, switching mobile phones and mobile networks is significantly easier," said Jeni Lee Chapman, EVP of Brand and Communications Consulting with Harris Interactive. "Verizon's strong brand equity can have a large impact when consumers have a choice."