With a Facebook follower base of more than 34 million fans, and growing some 2.6% each month, Coca-Cola is ranked as the top brand on Facebook among the nation's top 100 advertisers, according to the Covario Facebook Presence Index, which evaluates the competitive performance of Facebook pages.

The leading beverage brand also has strong fan engagement, typically seven posts a month that each garners more than 235 comments and nearly 1,750 "likes." 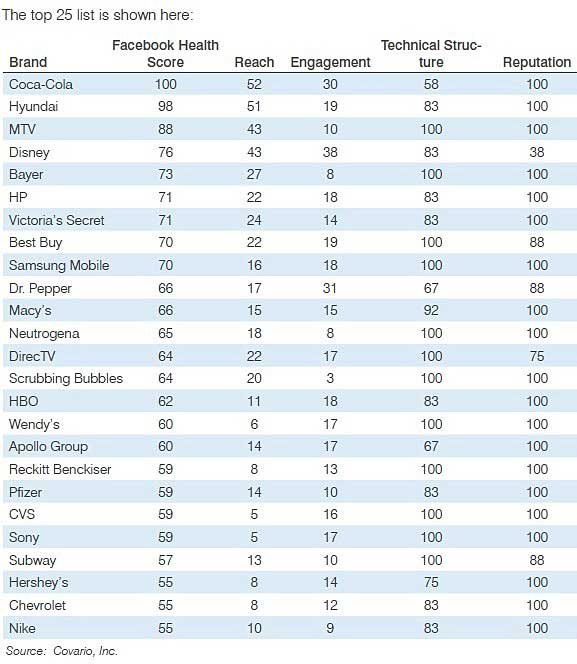