Growing numbers of Americans say they trust other travelers' online reviews of travel experiences and are factoring those reviews into their travel plans in 2012, according to a new Ipsos Public Affairs poll conducted on behalf of Allianz Global Assistance.

Among the nearly six in ten (56%) Americans who say they're confident they'll take a holiday trip this year, three in four (76%) say they believe other travelers' online reviews are either "trustworthy" (13%) or "somewhat trustworthy" (63%). That's up 9 percentage points from the 69% who said so in 2011. 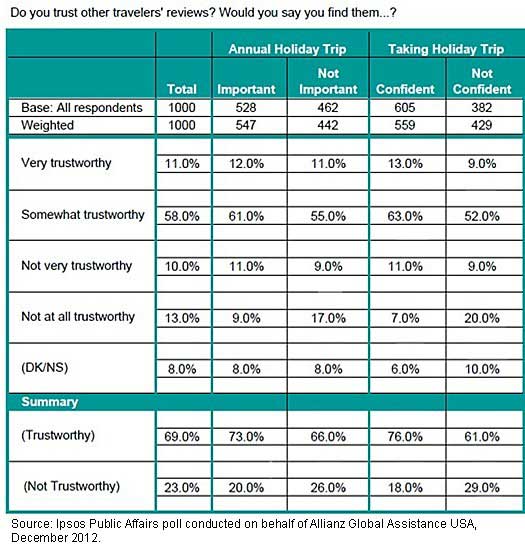 Only 18% of Americans who are confident they'll take a holiday trip this year find other travelers' reviews "not trustworthy" (7% not at all and 11% not very), down from the 24% who said so a year earlier.