Tweets for your TV ad. Twitter's launched TV ad targeting, the fruit of its BlueFin acquisition, which will let TV advertisers monitor Twitter-based responses to their TV ads.

Live video in 140 characters. Twitter has also launched Amplify, which will enable ad partners (including BBC America, FOX, Fuse, and The Weather Channel) to bring real-time video to tweeters everywhere:

Tumbling into the big purple couch. Yahoo! purchased Tumblr in a $1.1B deal that’s got microblog addicts freaking out. Tumblr hosts over 100 million users and is growing by the day. Ex-Googler and Y! gatekeeper Marissa Meyer, who personally negotiated the deal, has already proposed two ad models for the site: display ads and “native advertising” (ads that look like blogs). On her own Tumblr, she also promised “not to screw it up,” adding that the site would go on operating independently. In true Tumblr spirit, she even used a GIF: 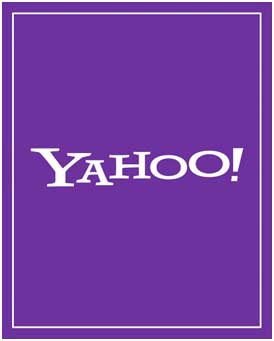 Leaping on the bandwagon, Y! Corporate launched its own Tumblr, where it released news that it revamped flickr. The new flickr, which includes responsive design and 1 terabyte of photo space, could be seen as a strategic response to people who’ve used Y!’s flickr acquisition of 2005 to show how Yahoo! ruins cool new companies the second it buys them. But we’ll let you decide.

A penny for your Pin. Pinterest released an upgrade that’ll sweeten the deal for both brands and users. Now when you pin, you’ll be able to see more useful information, like recipes, movie reviews and pricing... most of which you could previously only see if you clicked to the original source. Pinterest is also partnering with brands like eBay, Target, ModCloth, Sony, and Netflix to introduce these new info-rich Pins. Here’s a taste of what you can expect: 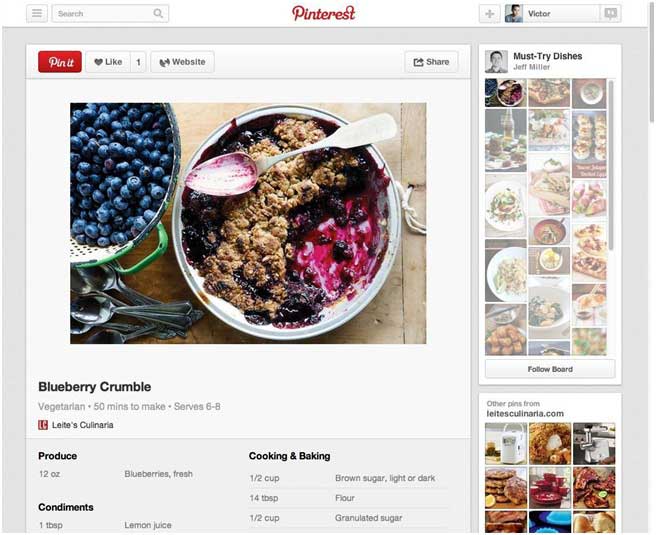 Magic viral map. Need help keeping up with viral videos? YouTube’s released Trends Map, a  live data visual of its Trends Dashboard, which  highlights the most popular videos of the moment across the US (other countries coming). Toggle by gender, age, location, video views, or shares. Because your RSS feed can only handle so many weekly video roundups. 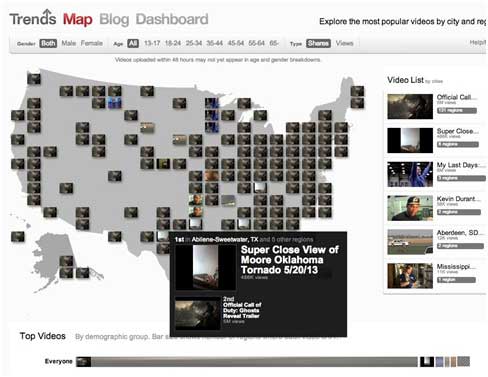 Don’t undo, do better. Still got the shakes from last week’s “Kitchen Nightmares” mishap? We do too, but there’s no need to worry: Nielsen company Vizu’s produced a brand guide for fixing social media mishaps (complete with illustrations!). Print it out, pin it up, hug as needed.

How effective is that hashtag in my ad? Burst Media’s released a survey that measures the effectiveness of social media cues in ads. Digital and TV ads are the most effective at driving interaction with platforms like Facebook, Twitter, and Instagram, especially for 18-34-year-old respondents. Over half of women will also interact with social media, following an ad cue, to show support for brands.

Karma ad chameleon. On Monday, Undertone is releasing a responsive ad format called ScreenShift, which lets advertisers create ads that work seamlessly across multiple devices, especially mobile. Co-founder Eric Franchi says “marketers want to be able to execute across screens. What we've done is create the format and the ability to deploy it accordingly.” He also promised deep interaction reporting and reporting on a per-screen basis, which will let you gauge how ads fare on a smartphone vs. a tablet vs. a PC. The ScreenShift technology debuted with a L’Oréal spot that acts differently based on where you see it:

The Vining’s on the Wall. Creative dev firm We Make Awesome Sh.it has officially launched one of its most popular products: Awesome Wall. The “wall” lets you create collages of visuals, moving and still, from across the social web in real time, united by a keyword or hashtag of your choice. Use it to liven up an event, or add it to your own website like these guys or these guys. Here’s a standstill demo of an Awesome Wall. To play with it, visit the site and click on “Try it right now!” (top right). 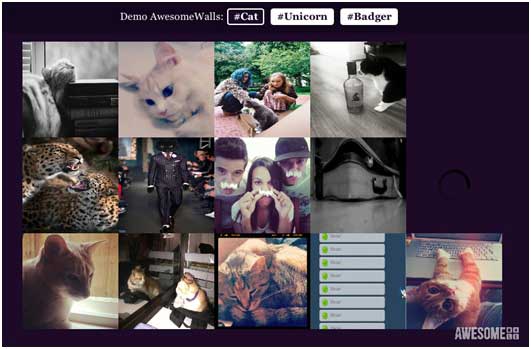 The profile that sings. Is your marketing more musical in approach? Play with SoundCloud, which lets you upload and share mixes, interviews, songs, and other sounds across the social web. SoundCloud’s released tips on how to create a profile that stands out: give sounds context, share sounds using widgets, and find the right community (with their help).

What’s in a video ad? The Mobile Marketing Association has released its recommended definitions for categorizing mobile video ads. These include separate definitions for pre-, mid- and post-roll ads, interstitial video ads, and value exchange video ads (which are initiated by users and must be watched until the end in exchange for coupons, points, content, or other goodies). Get the full skinny.

Speaking of video, comScore’s released its April 2013 US online video rankings. All things Google and Facebook still top the charts. 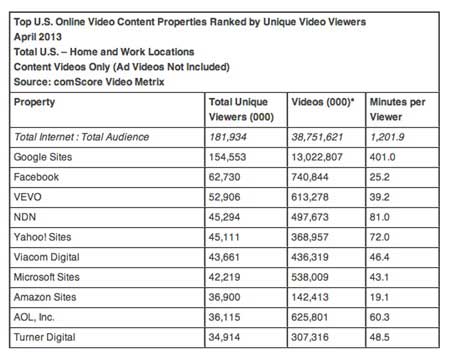 It’s a freebie! The Social Media Examiner has released its 2013 Social Media Marketing Industry report, which covers the social media activity of more than 3,000 marketers. Download here to get the report for free until May 30.

We’ll wrap up with some fanboying. This Sunday, after seven years of teasing us, cult TV show “Arrested Development” returns via Netflix with 15 half-hours of dysfunctional family hilarity. The ‘net’s gone bonkers over it. See an enormous collection of AD memes circulating blogs, curated by GSD&M, and NPR’s totally obsessive chart of running gags from the show. See the trailer below … and join social networkers everywhere on Sunday for the launch! (We’re counting down the minutes. Seriously.)