Below, additional findings from the 2011 Twitter report, issued by the Pew Research Center's Internet & American Life Project and Project for Excellence in Journalism.

Fully one in four surveyed online African-Americans (25%) say they use Twitter at least occasionally (up from 18% in November) and 11% do so on a typical day. 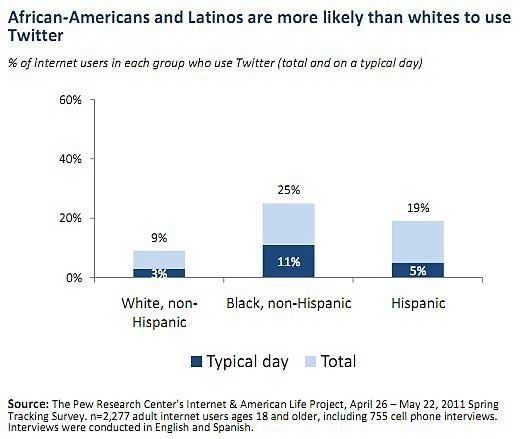 Online Latinos remain strong Twitter users: 19% use Twitter (up from 13% in November) with roughly 5% doing so on a typical day.

Use Among Men Doubles 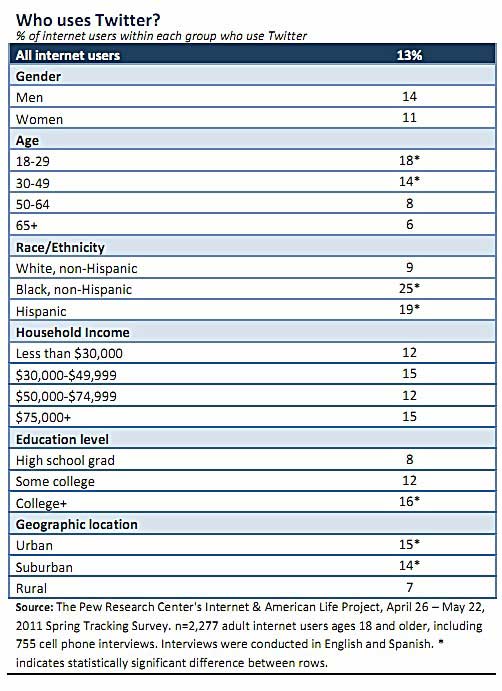 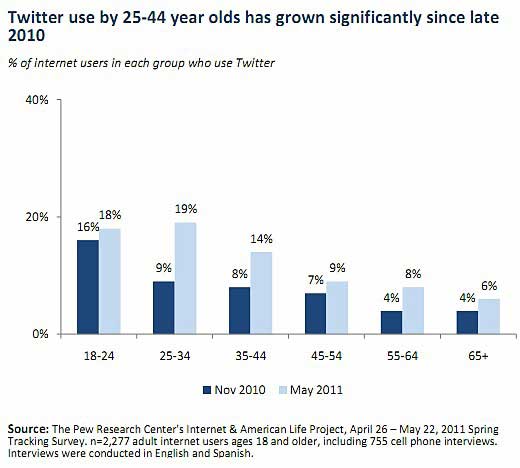 Mobile use is strong: 95% of Twitter users say they own a cell phone and 54% report accessing the service via mobile phone.