As mobile adoption grows rapidly in the US, so does mobile content consumption, which recorded double-digit year-over-year (YOY) growth across all major categories as of March 2011 with social networking the standout category, increasing 45.7% to nearly 64 million users, according to data from comScore MobileLens. 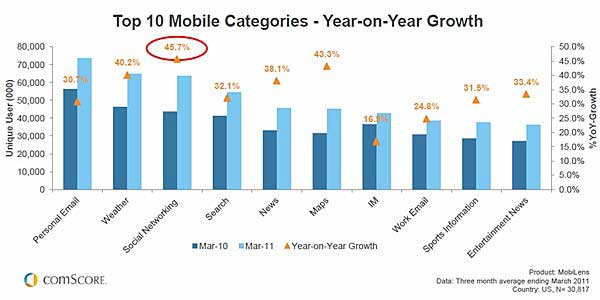 Below, additional findings from the "State of Mobile Advertising," issued by comScore in association with the Mobile Marketing Association (MMA) and Where, Inc.

Similarly, visitors to Cellufun accessed that site for an average of 315 minutes via mobile in March (vs. 97 minutes via PC).

In addition, more people are accessing such sites via mobile frequently: The number of users who accessed social media sites via mobile device "almost daily" increased more than 70% YOY as of March 2011, the highest growth recorded in any user category.

Overall, mobile advertising spend is projected to reach $2.5 billion by 2014 in the US, according to comScore, as mobile users near a majority.

Some 45.7% of Americans already access mobile media. That level translates to roughly 106.8 million consumers who use a mobile browser, application, native email, or stream or download music and video via their devices—up from 88.3 million Americans who did so in 2010. 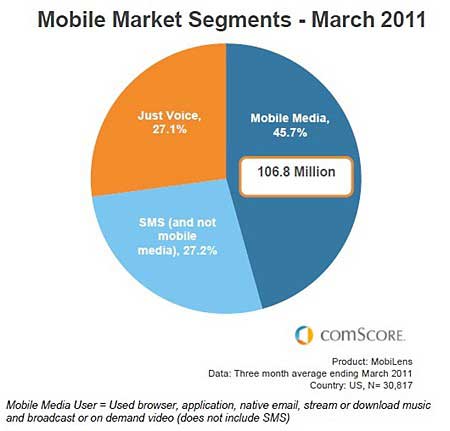