#SocialSkim: Are 'Bots' About to Replace Apps? Plus 13 More Stories in This Week's Roundup

Find out what "bots" are and how they'll revolutionize social, and read all about how Facebook, Twitter, and Pinterest plan to dive deeper into video. We'll also reveal whether Twitter will change its character limit, why first impressions in B2B hinge on social media, and how to make your brand a star on Tumblr. Skim to stay ahead of the bots!

The rise of bots and the post-app world

We're used to it—clicking our CNN app for news, our Uber app for a ride, and our OpenTable app for dinner reservations. But if the rumblings are true, everything we know about navigating our digital world could change this year, jumpstarted by the possible introduction of a Facebook Bot Store.

Launching such a store enables third-party developers (brands) to create chat app "bots"—software with AI features—that could revolutionize the way consumers... consume. Rather than jumping from one user-unfriendly app to another, people will use chat apps like Facebook Messenger or WhatsApp as a home base—a sort of one-stop shop to grab a taxi, shop online, pay bills, and order takeout via conversations with such bots.

Asian chat platforms like WeChat are way ahead of the West's on this one, and others like Kik have already entered the bot game. But an entry by Facebook brings with it 800 million active users—100 times the number of iPhone users when Apple introduced apps.

Such numbers could usher in a new era, and brands should begin preparing for what implications and opportunities this post-app battleground could bring!

The two social giants have approached television programmers about acquiring live TV streaming rights to bolster their video offering. Facebook reportedly spoke with the NFL TV execs, among others, and rumors suggest the social network might create a small bundle of channels to deliver programming.

The two platforms have been working to "out-stream" the other since Facebook introduced live streaming to all US users back in January—stepping on the toes of Twitter's Periscope.

Video is proving to be a lucrative investment, and live TV streaming rights appear to be another step toward bring every medium under the social media umbrella.

2. Pinterest's long-awaited video ads have arrived... for some

The visual bookmarking service is testing video ads that auto-play when users stop scrolling over them. The promoted video pins are intended to work alongside the Cinematic Pins introduced by the social network last year, bringing it more in line with Facebook and Twitter, both of which have emphasized video more as users continue to consume more of it.

3. Keeping it short: Despite rumors, Twitter's character limit to stay 140

CEO Jack Dorsey took to The Today Show in celebration of Twitter's 10th birthday, telling the world that the platform would not abandon its signature 140-character limit.

Dorsey dismissed the two-month old rumblings of 10,000 character long-form tweets, and used the opportunity to discuss the role the network has played in shaping users' consumption of news and relationships with celebrities. Watch below, and happy belated birthday, @Twitter!

In a trend that appears to be gaining ground, the picture-sharing network is the latest big name taking its Web presence more seriously. Instagram has been building up its Web interface over the years, and this week it introduced an activity tab that mimics the mobile app's notifications section. The new feature brings the Web version closer to a full Instagram experience, now complete with search capabilities and scrollable feeds.

This addition follows February's Snapchat surprise, when it posted a Live Story on its website for the first time during its Oscars coverage. No news on either platform's secret plans to expand. 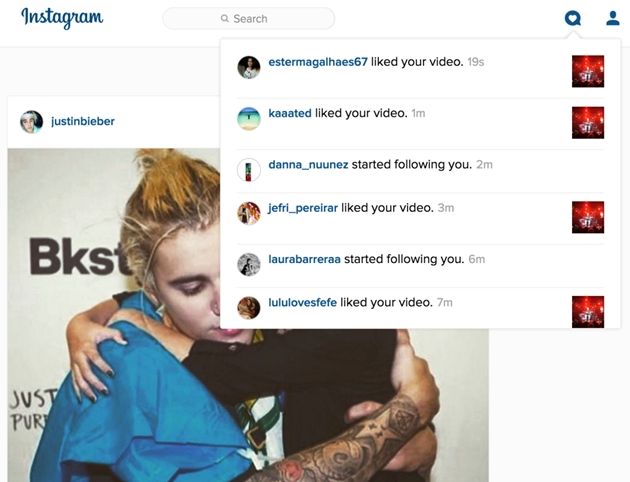 In an effort to bring more photos to a timeline near you, 10-year-old Twitter is testing a product that allows users to add "stickers" to photos before tweeting them out.

In an interesting twist on existing tools from Facebook and Snapchat, Twitter says the feature will let people "see how other users from around the world have edited the same photo" and even "suggest photos that [users] can edit and post to participate in trending conversations and breaking news."

The feature doesn't have a final name yet—options include "Stamps" and "Taptags," among others—but whatever the final vote, tweets with images tend to garner more engagement, so we'll mark this one a win for brands. 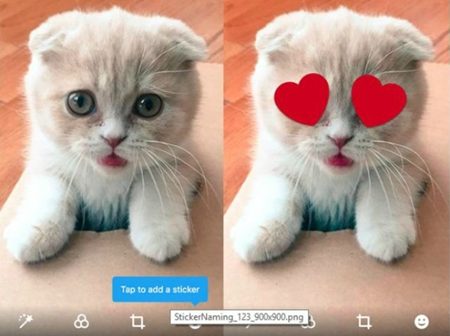 The power of social put many minds at ease again this week when Facebook activated its Safety Check feature for the Brussels terror attacks on Tuesday morning. Despite the respite for many, some critics said it was activated too late. The feature appeared nearly three hours after the bombings.

The Safety Check feature was created in October 2014 as a way for users to check on friends and family during natural disasters and other crisis situations; it was first employed during the April 2015 Nepal earthquake.

7. Starter guide for marketing your business on Tumblr

It has over 420 million users—more than Instagram, Twitter, and Pinterest—and it's one of the most underutilized platforms by businesses. Apart from a few exceptions, most brands don't have a presence on the microblogging social networking site, which means your company could stand out and build a presence more quickly in a lower-competition environment.

But how do you get started? From evaluating its fit and creating an account to installing a theme, filling it with content, and engaging with a community, explore the steps to building a Tumblr presence for your brand with this rich, step-by-step guide! 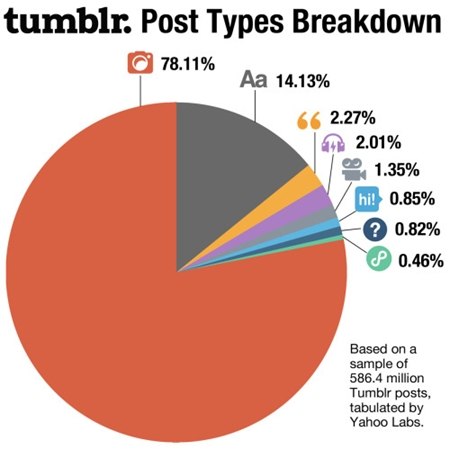 8. Twitter says engagement, other metrics up with algorithmic timeline

In case you missed the buzz last month, Twitter tried to appease investors and nudge user growth by changing the way tweets appear in users' timelines. The new algorithm, which users can opt out of for now, copies the Facebook model and takes users' interests and previous interactions into account when deciding where to display tweets in timelines.

There are some proven methods to optimize, increase the visibility of, and get the most out of your promoted pin campaigns, and we've got just the recipe for you.

Take a look to find out which size pins work best, what compelling copy takes users from click to conversion, how to make use of the platform's text overlay feature, and how to decide between multi- or solo-image pins—courtesy of Dan Zarrella of HubSpot. Happy Friday indeed! 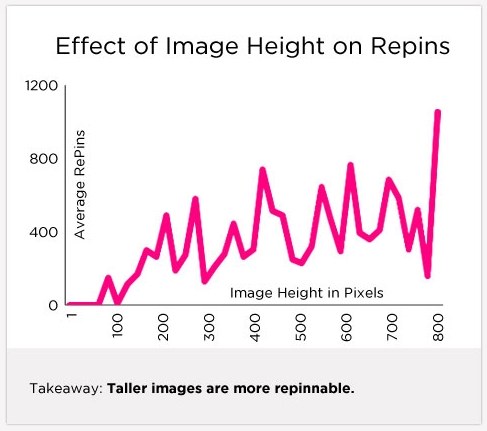 10. Instagram leads the social pack with enormous growth in 2015

A study from TrackMaven reveals that brands overall annual follower growth increased 42% on major platforms throughout 2015. But Instagram left competitors in the dust, with month-on-month gains three times the rate of Facebook, Twitter, and Pinterest.

Other bite-size takeaways: Pinterest's growth depends on the season, with summer months and the winter holidays raking in the most new users; and Facebook's account and fan clean-up in March hurt a lot of brands.

Visuals have certainly been key to driving engagement without frustrating users with too much text, but will today's trend toward video hurt Instagram and favor Snapchat in 2016? 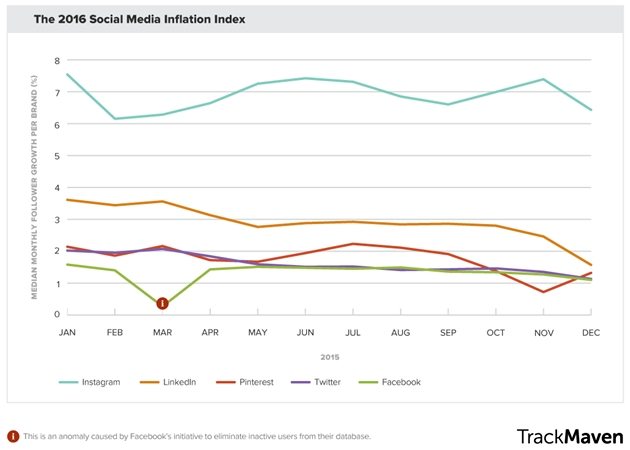 First impressions are still important in the B2B buying process; as that process increasingly moves online and away from face-to-face meetings, however, social media and content can make that first online impression more influential.

A LinkedIn study finds that the buying process is collaborative: When making purchasing decisions, future customers consult not only peers on social but also colleagues in different departments of their organization. Among other findings, 67% of buyers refer to social channels and colleagues during the awareness phase of the buying process, meaning marketers need to deliver information and knowledge that the entire buying team needs— IT, finance, engineering, etc.

To spark long-lasting relationships, harness your social properties, filling them with engaging content (not just case studies) that stresses not only product specifications but also benefits. 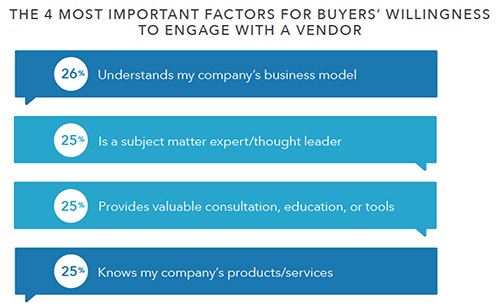 Instagram got a lot holier this week. In atypical fashion, and in another bid to connect the young digital generation with the Catholic church, Pope Francis used Twitter to announce his new account on the photo-sharing social network.

The pope has been a leading advocate of digital within the Vatican, having met with Instagram's chief executive as well as Apple's Tim Cook and Google's Eric Schmidt. The pontiff is also set to become the first pope in a feature film with his involvement in Italy's Beyond the Sun, a film whose proceeds will be donated to Argentinean charities. For any laggards out there: if the Vatican can get digital, why can't you?

13. We'll wrap with a refreshing San Francisco transit authority telling it like it is

There's a lesson for all businesses in this one. The social media team for San Francisco's Bay Area Rapid Transit (BART) system had a change of heart on Twitter last week, ridding their feed of the sugar-coated corporate tone ("Thanks for your feedback!") that plagues so many companies, and replacing it with blunt responses to riders' concerns. The authority's brutally honest approach highlighted the challenges facing the cash-starved, deteriorating system; and, as it turns out, consumer sympathy poured in.

Sometimes breaking the mold and taking an unorthodox approach to communication can prove effective. The tactic built a refreshing buzz that reminds us that sometimes consumers prefer honesty over spoon-fed half-truths.

@cliberti We have 3 hours a night to do maintenance on a system built to serve 100k per week that now serves 430k per day. #ThisIsOurReality