Using a landing page (see image, below), Wikipedia thanked its readers and the online community at large for taking part in the Wikipedia Blackout protests against two proposed laws in the United States Congress: the Stop Online Piracy Act (SOPA) and the PROTECT IP Act (PIPA).

At the bottom of the landing page, Wikipedia urged readers to enter their ZIP code in order find their US representative and contact them to vote against the bills. It was an effective call to action: More than 8 million people filled in their ZIP code, and 3 million ended up emailing Congress to oppose the bills.

SOPA and PIPA were effectively stopped in their tracks as lawmakers scrambled to appease the public and join in denouncing the proposed legislation. 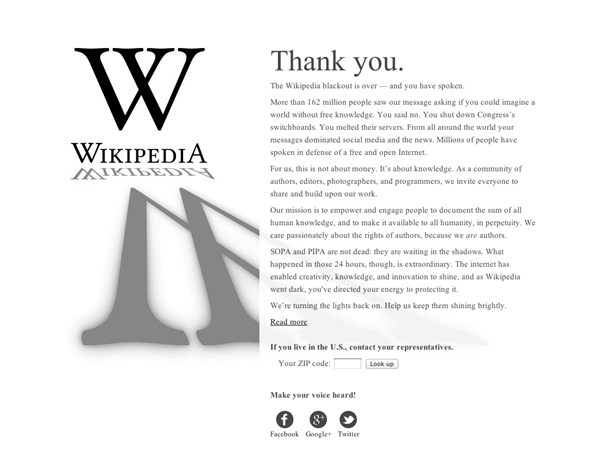 But the interesting thing about the landing page is that it wasn't optimized. Wikipedia's quick "thank you" note could have been improved in various tested ways that might have gotten even more readers to find their representatives and investigate further.

Although there are hundreds of tried-and-true conversion optimization methods for improving landing pages, let's discuss seven of the most basic—and powerful—ones.

Wikipedia was going for a personalized, heartfelt letter, which makes sense in relation to the nature of the call to action and the audience. Still, it's 208 words long (including "Make your voice heard!" at the very end).

Alp Mimaroglu is a Marketing Luminary at Symantec . He specializes in marketing automation, demand generation, and marketing technology. Alp has extensive experience in both business and consumer marketing.