More than half of Americans—56%—report having used wireless means to gain online access, according to a Pew Research report that examines how Americans are accessing the Internet by wireless means using a range of devices—laptops, handheld devices (including cell phones and smartphones), gaming consoles, and e-book readers.

Conducted by the Pew Research Center's Internet & American Life Project, an April 2009 survey asked US respondents whether they had used a variety of devices. Wireless access via laptop and mobile devices account for most US wireless access, as 51% of Americans have gotten online using either of these two methods: 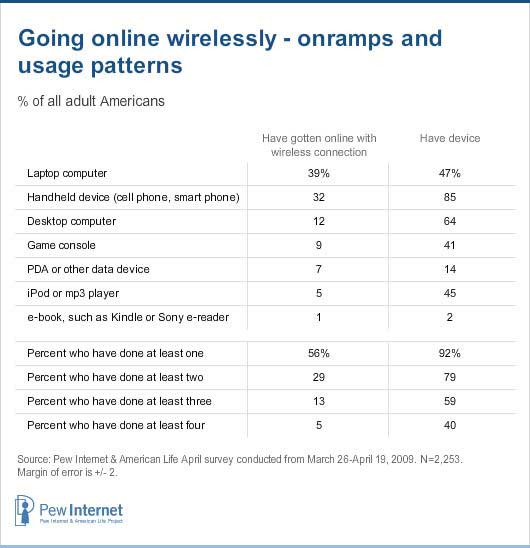 Use of the Internet on mobile devices has grown sharply from the end of 2007 to the beginning of 2009.