Frequent social networkers—people who use social networking sites several times a day—are more likely to follow brands, access their favorite social sites via mobile devices, and consume a wide variety of mobile technologies, according to a survey from Edison Research/Arbitron Internet.

Such frequent users, which number 39 million in 2010 (up from 18 million a year earlier), are also avid consumers of on-demand media, such as timeshifted TV, podcasting, and online video, but they still watch less television than other adults, the study found.

Below, other findings from the 18th Edison Research/Arbitron Internet and Multimedia Research Study.

Frequent social networkers now constitute 30% of all social network users, up from 18% in 2009; they are predominantly female (57%) and much more likely to be young: 66% are age 34 or younger.

Frequent social networkers tend to be more active on social sites and to follow brands and access social sites via mobile devices: 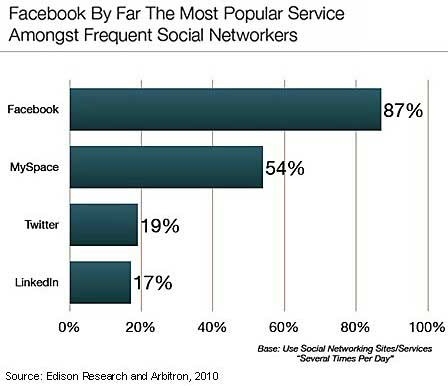 Among frequent social networkers 90% say they own a mobile phone and 70% send and receive text messages on their cell phones multiple times daily.

Frequent social networkers are nearly twice as like as all other adults to own an iPod (50% vs. 28%) and have higher adoption levels of other mobile technologies: 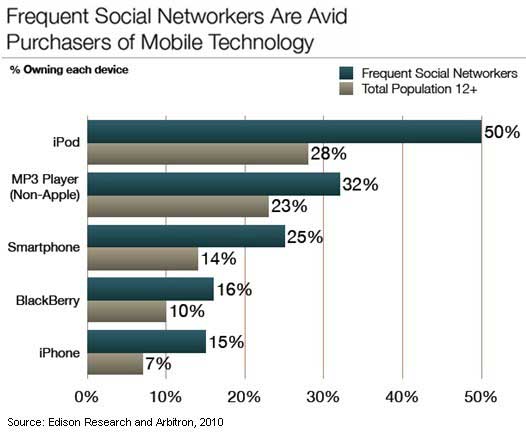 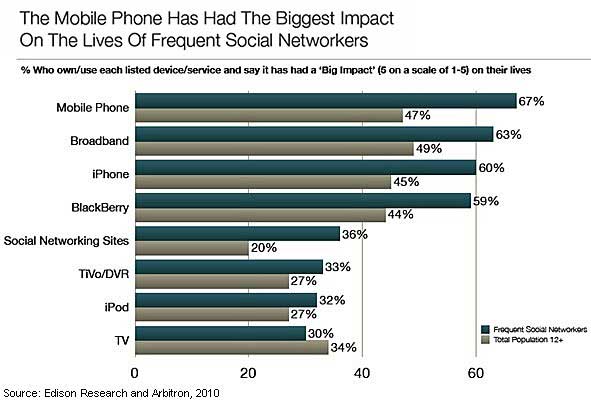 Overall, technology has played a bigger role in the lives of frequent social networkers than on the lives of others—with the exception of TV: Just 34% say TV plays a big role, compared with 34% of all adults age 12+.

Frequent social networkers also watch less TV. On average, such users watch 2 hours and 50 minutes of TV daily, compared with 3 hours and 25 minutes a day for all adults. 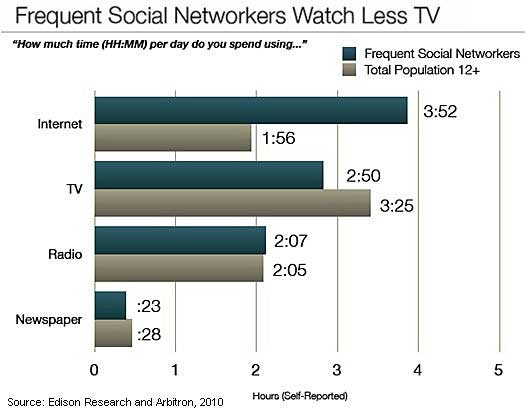 Pandora, which integrates with Facebook, is the most popular online audio brand among frequent social networkers: 40% say they listen to it, followed by AOL (10%), Last.fm (7%), Yahoo (7%), and Slacker (5%).

About the data: Findings are based on the 18th Edison Research/Arbitron Internet and Multimedia Research Study, conducted by telephone survey (including 371 mobile phone interviews) among a nationally representative sample of 1,753 Americans age 12+ in February 2010.