In the US, social media is playing a smaller role in sales organizations: 38% of top-performing  US salespeople surveyed—those reporting 2010 sales growth of 25% or higher—say social media is important for success in sales. 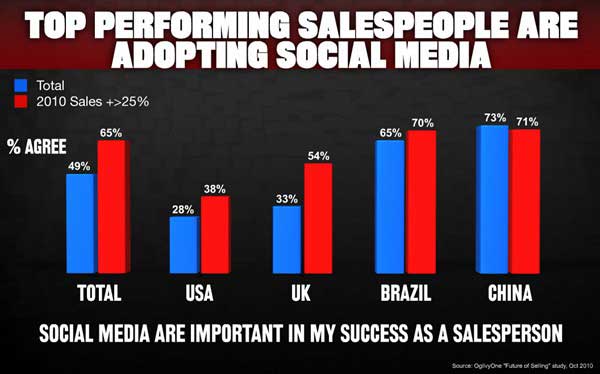 Below, other findings from the study titled Selling in the 21st Century by OgilvyOne, based on a four-country survey of 1,000 salespeople. 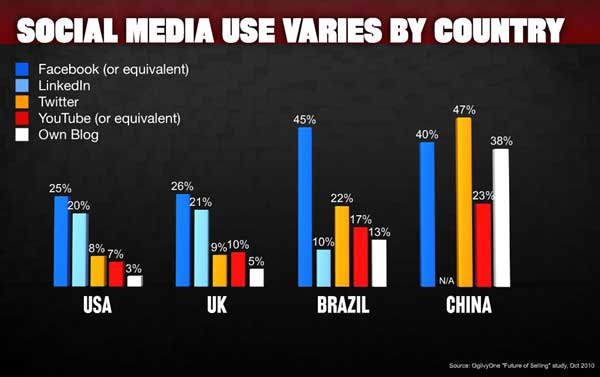 Interestingly, only 3% of US salespeople use personal blogs in the selling process, compared with 38% of those in China.

Only 9% of US salespeople say their companies educate or train them on the use of social media for sales, even though 46% say they'd like such training. 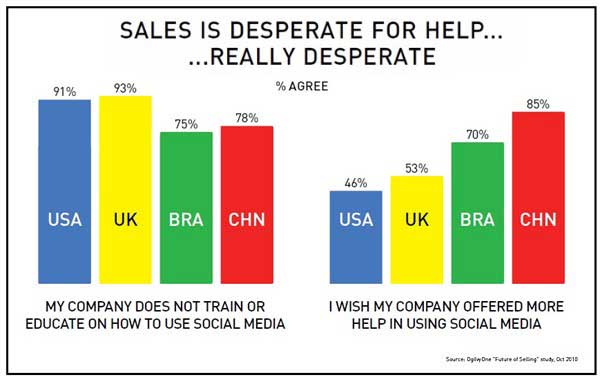 Meanwhile, the buying process is changing: 73% of surveyed salespeople say being a salesperson will be radically different in the next five years; 66% of those in the US say the same.

Moreover, 68% of US salespeople say the buying process is changing faster than their organizations are adapting to it, while 48% say their companies are actively discouraging the use of social media. 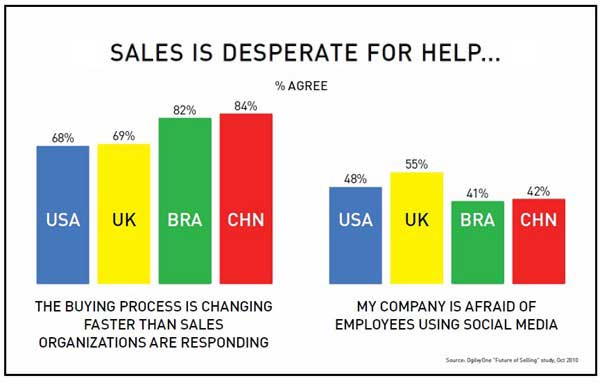 Asymmetry of Information a Problem

Salespeople say customers have more information than ever, but lack the analysis to help them make better buying decisions:

About the data: Findings are based on a survey of 1,000 sales professionals in the US, UK, Brazil, and China, conducted online in October 2010 by OgilvyOne.