Below, comScore's April ranking of the Top 50 US Web properties: 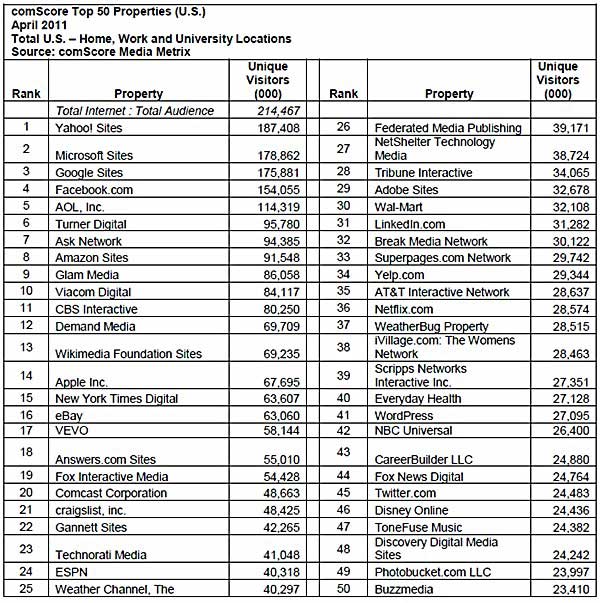 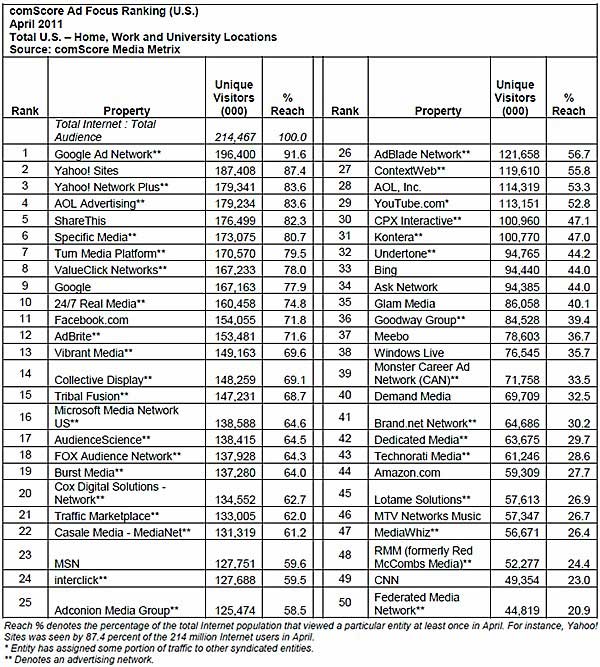 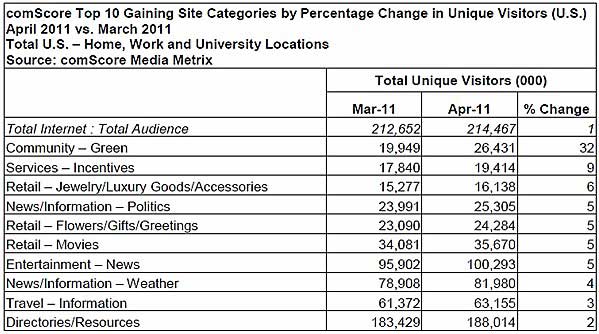 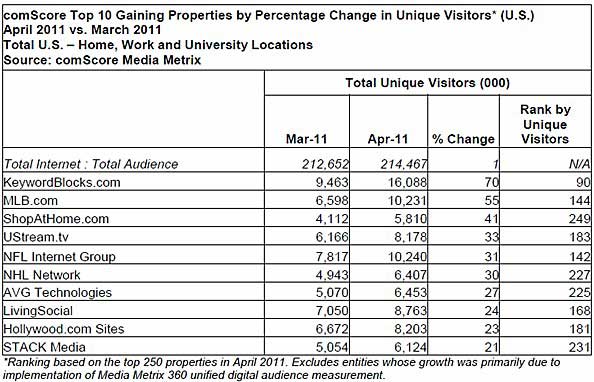