Pinterest is beginning to disrupt the social media landscape: Nearly one in four Pinterest users report spending less time on other social media sites in favor of Pinterest, according to data from Compete's Online Shopper Intelligence Survey. Time spent on Facebook, for example, declined 3% in the past month, Compete reports.

Pinterest is also attracting those who do not otherwise use social media: 15% of Pinterest users say they use no other social media sites, according to Compete. 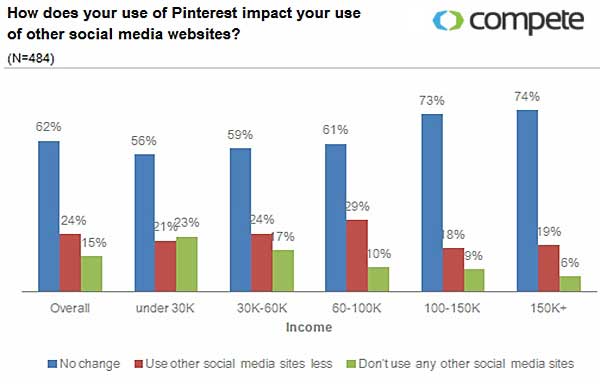 Overall, Pinterest traffic increased from 700,000 unique visitors in May 2011 to nearly 20 million—almost half that of Twitter—in May 2012, according to Compete data.