The first debate of the 2012 Presidential race between President Barack Obama and Governor Mitt Romney sparked some 10.3 million tweets on the evening of October 3 and became the most tweeted event in US political history, according to a report by Twitter and Compete. 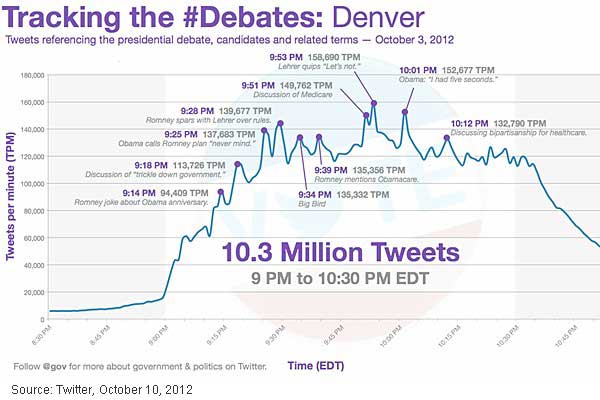