Asia/Pacific Internet users conducted 38.6 billion search queries in September 2009, a 33% increase over the previous year and a new record, according to comScore data. 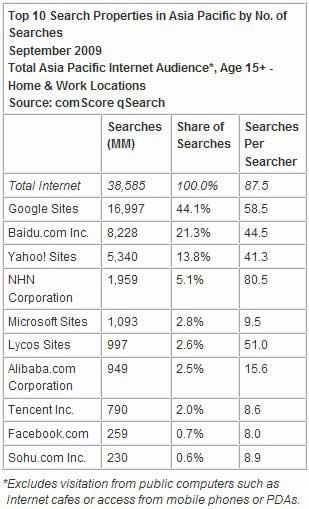