Americans can't live without the Internet and television; they prefer advertisements that are innovative and playful; and they are open to new technologies that monitor their media usage if privacy is ensured, according to a recent study by Synovate.

Nearly nine out of ten US consumers (89%) say they could not live without the Internet or would miss it a great deal if it weren't there, while 75% say the same for TV, and 63% say so for mobile phones.

In contrast, one-third of consumers say they don't need newspapers in their lives and 39% say they can easily live without magazines. 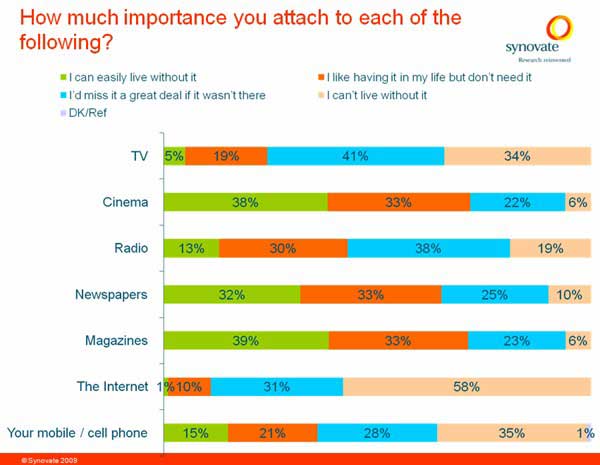