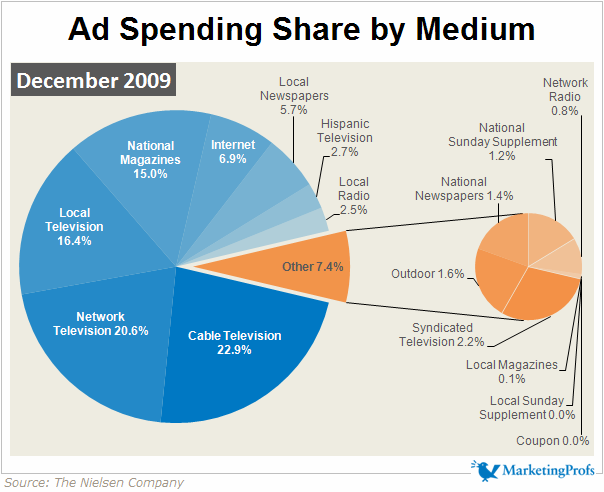 Note: Nielsen's spending estimates for the Internet are from AdRelevance. All others from Nielsen Monitor-Plus. Different methodologies employed by each company may lead to disproportionate comparisons.