Web audiences across 10 countries spent an average of 5.5 hours on social networking sites in February 2010, up from more than 2 hours in February 2009, but about half an hour less than US Web users' average, according to the Nielsen Company. 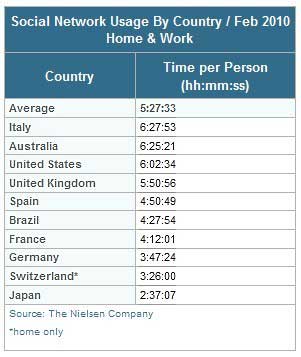 Below, additional findings issued by Nielsen from the 10-country study. 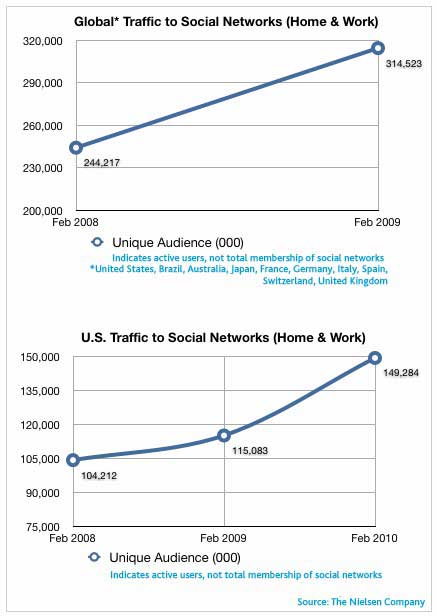