Worldwide online advertising revenues are forecast to reach $61.0 billion in 2010, up 12.4% over 2009 levels, according to MagnaGlobal. 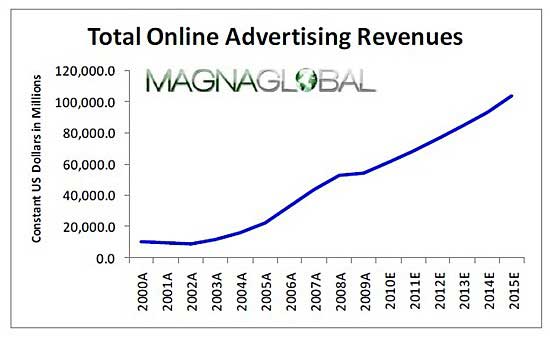 Below, additional projections issued by Magna.

Ad growth projections for North America are in line with global forecasts overall: Total US online spending is forecast to reach $27.2 billion in 2010, up 12.3% from 2009.

The ongoing global economic recovery has contributed some modest uplift in prior expectations of growth, according to Magna, but "secular" factors are the primary cause of the rapid and sustained pace of online ad development, including the following: