Email open and click-through rates declined sharply in 2009, especially in the latter half of the year, with performance levels varying dramatically by industry and email list size, according to a study by MailerMailer, which also found that open and click rates tended to be highest on Sundays. 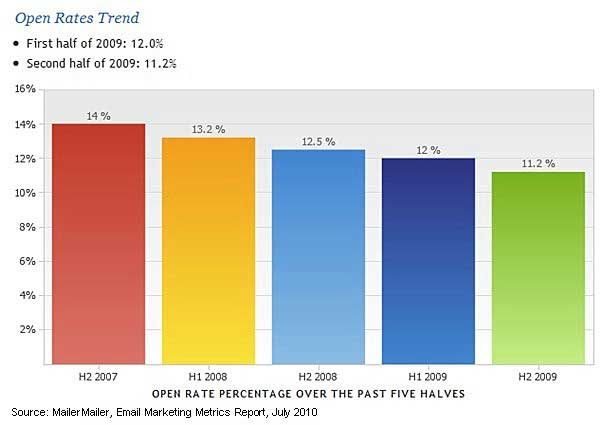 Image blocking, the increased use of email handheld devices, and list fatigue were among the key reasons cited for declining open rates.