Tentative growth in the US advertising market has begun to propel the global ad recovery, prompting a revised forecast of global ad expenditure, now projected to grow 3.5% in 2010, up from the 2.2% forecast in April, 2010, according to projections by ZenithOptimedia. 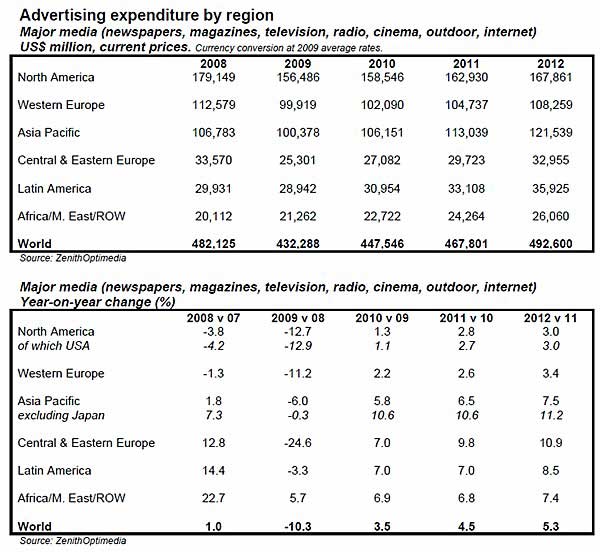 Global ad spending projections for the next two years have also been upgraded, though less dramatically: 4.5% annual growth is now forecast for 2011, up from the 4.1% forecast in April, and 5.3% growth is forecast for 2012, the same level forecast three months earlier.