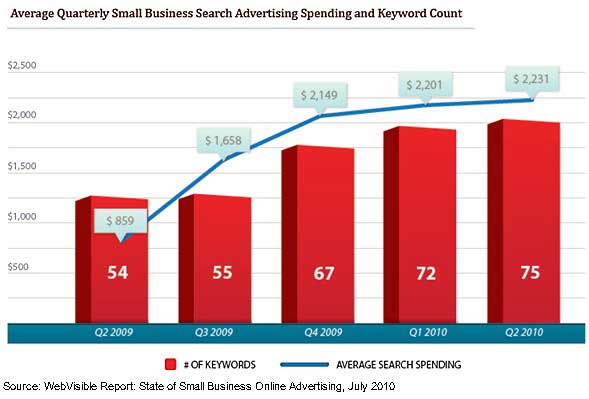 Advertisers also increased investments on keyword inventory: The average keyword count per advertiser, which represents root keywords (vs. individual bid units with geographic modifiers), increased to 75 keywords in the second quarter, up 5% from the previous quarter.

Below, other findings from the State of Small Business Online Advertising for the second quarter of 2010.