Driven by a faster than expected rebound in the US advertising market and continued robust growth in Asia-Pacific and Latin America, worldwide ad expenditure is forecast to grow 3.9% in 2010, an upward revision of 1.0 percentage point from the 2.9% forecast issued in March 2010, according to Carat.

As major markets continue to stabilize, further recovery is forecast for 2011 with ad growth expected to increase 4.7%, up 0.7 points from the 4.0% forecast six months earlier.

The revised forecasts, however, are against weak 2009 comparators, and consist of significant regional variances: 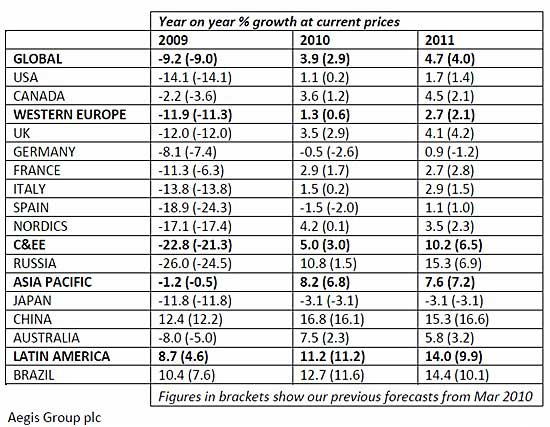