Total US retail e-commerce spending for the first 44 days of the November-December 2012 holiday season reached $33.8 billion, up 13% over the corresponding days in 2011, according to a report by comScore.

For the 2012 holiday season to date, 11 individual days have surpassed $1 billion in online retail sales, already surpassing the record of 10 shopping days in 2011. 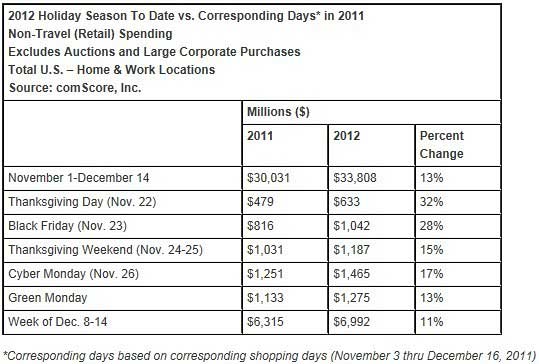