Summer's nearly over, but the social space is just warming up. Get the latest on Geek Week, Twitter, Facebook, Jeff Bezos's WaPo buy, Yahoo's absorption of Rockmelt, and responsive design. Skim up to geek out!

When press meets e-tail. The big buzz-maker this week was Amazon founder/CEO Jeff Bezos's purchase of the Washington Post for $250 million. Outlets speculated over what this acquisition means; Nieman Lab published a full-on treatise about how the infrastructure and design of e-tail may influence tomorrow's democratic press. But maybe the safest and sanest thing to do is read Jeff Bezos's own words (he would've had a great career as a speechwriter): "The Internet is transforming almost every element of the news business," he writes. "We will need to invent, which means we will need to experiment." Somewhat less sane: how is it that the Washington Post is worth so much less than something like... Snapchat?

For a social spin on this story, read the WaPo staffs' reactions on Twitter.

I've bought a lot of stuff from Jeff Bezos's companies so this was really only fair.

Can you One-Click a Klimt? Speaking of Amazon, it's launched a new portal: Amazon Art. Use it to browse over 40,000 fine art pieces—the largest online collection of art available for purchase directly from galleries and dealers. 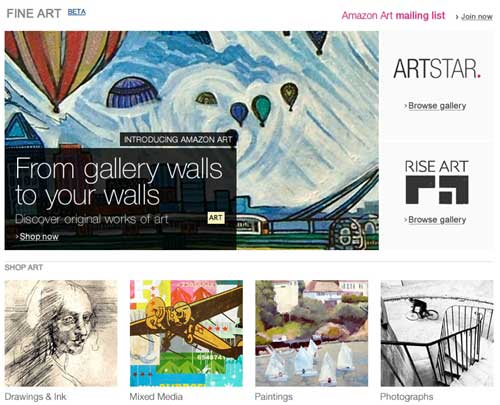 It's Geek Week! We give you live action manga. YouTube's hosting Geek Week, which lasts from August 4 to 10. Every day has a theme and is dedicated to encouraging, and spotlighting, original "geeky" content. This video-rich smorgasboard has yielded such treasures as Geek & Sundry's Songs of Adventure (a Gaming Thursday video), cheeky Super Wednesday highlights from The Nerdist, and—our personal favorite—a spoof move trailer for beloved manga comic Naruto, cocreated by Ryan Higa and social production house Portal A. It's generated over 5.5 million views... about 20 of which were probably ours. Happy Geek Week!

Who Vined it best? Digiday's "Who Did It Best?" pits competing brands together and asks anonymous creatives which of them is dominating on Vine. There's plenty of inspiration: French Connection, Puma, and Bolthouse Farms all produced epic six-second eye candy. And if you want to up your game, the Harvard Business Review schools brands on how to use Vine to flirt with customers. Rawr. 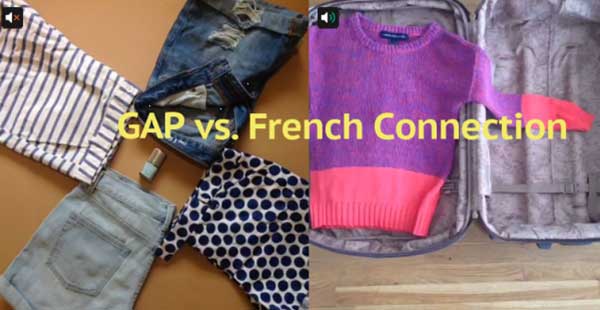 Rockmelting for the purple team. Yahoo purchased Rockmelt; its (now little-used) Web browser integrates social activity like Facebook and Twitter directly into the browser experience. The purchase was $60-70 million and was primarily for talent; the actual services will be vanishing. This is Yahoo's 21st acquisition since Marissa Mayer's takeover (the 20th... Tumblr!). While team purple's racking up plenty of cool tech, many wonder when it's going to start cashing in on its buys. One thing's clear: It's shooting for mobile.

Teens: finally Tweeting. Research from the Pew Internet & American Life Project finds that teens are finally Tweeting in earnest, with user numbers more than doubling since late 2010. But note the 5% dip between August and December 2012, which indicates that 17% of teenage Tweeters stopped Tweeting in a six-month period—a drop that isn't reflected in other demographics. Teens will always be fickle. In happier news, usage rates for over-65ers have tripled since 2009, and one in five internet users is now Tweeting. 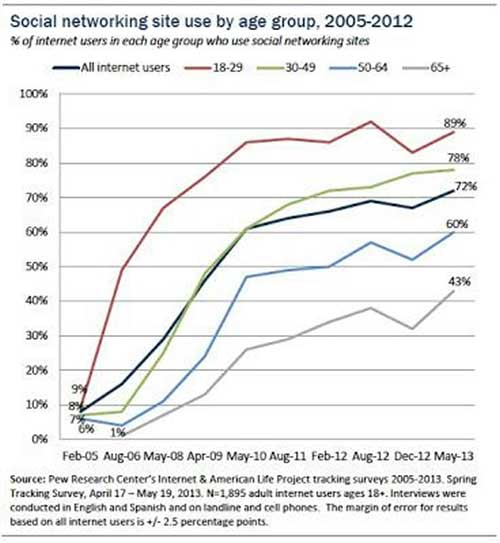 Nixing trolls. Twitter's introducing a one-click button that lets people report abuse, following recent news about women doing high-profile things... and receiving a barrage of abusive and violently suggestive Tweets. The anti-abuse policy will apply worldwide and more employees will be monitoring Tweets to weed out offending messages. Says GM Tony Wang, "There is more we can and will be doing to protect our users against abuse. That is our commitment."

The latest at Facebook. Facebook's unrolled a passel of new features, including default secured browsing (https), which ensures your connection to FB is always secure. Tearing yet another page out of Twitter's playbook, it's also introducing a trending topics section that shows you what stories are most popular on your feed.

Finally, it's changing what you see in your Newsfeed, with three algorithmic features that affect how stories appear: Story Bumping shares updates with users based on a score that each update received and also keeps track of stories you didn't see so that, next time you log in, you do see them; Last Actor tracks who you last interacted with and shows you more posts from that person; Chronological By Actor provides posts most relevant to you, ranked in chronological order.

To accommodate all this, Facebook's tossed the EdgeRank algorithm, which previously decided what posts you saw based on "Affinity," "Weight," and "Time decay." Hello, new world.

Oversharing? Watch your Like rate! A new study from four UK universities finds that sharing too many Facebook photos makes people like you less. The chart below demonstrates that people generally like photos of friends, and partners generally like photos of you. As for everything else? Says Dr. Ben Marder from the University of Edinburgh Business School, "My advice for people sharing photos or links with a fan site is think twice and share once." 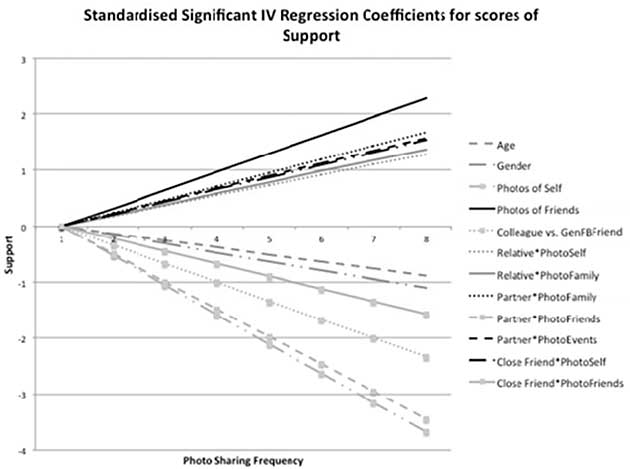 One-up on iPhone and Android. Amazon is now accepting HTML5 apps for its Appstore, making it the first online app market to distribute browser-based apps alongside native ones (apps that download onto your phone)—meaning it'll be that much easier to share a Web app or mobile site that you built. Amazon will also permit you to use One-Click for users making purchases within your app.

Late for your spring cleaning? JustUnfollow launched redesigned iOS and Android apps. Use it to see who isn't following you back on Instagram or Twitter. You can also see your newest followers, inactive people you follow, and who unfollowed you recently—making it easier to trim the fat while improving your follower/following ratio. Bonus: you can also whitelist or blacklist people, and follow competitors' followers more easily. Happy poaching!

Invested in a cool video? Don't forget your marketing! A study by Pixability finds that although video publishing and video production by marketers is increasing, actual marketing for those videos is lagging. Video publishing by companies on YouTube have leapt 73% since 2009 (totaling 258,000 videos across 1,378 YouTube channels), but over half received fewer than 1,000 views. Many brands also struggle with keeping their channels active: 37% of them haven't been updated in the last 120 days, and a sizable number are simply inactive. Ramp up... but don't leap in without a strategy that keeps your production fueled! To inspire you, here's the trailer for Intel/Toshiba's latest Web series, "The Power Inside" (following up from its award-winning "The Beauty Inside"):

The skinny on Responsive. You've probably heard a lot about Responsive Design and its growing importance in ensuring sites and features render well on multiple devices, large or small. Business Insider provides a breakdown of what Responsive Design is and what its pros and cons are. You'll also see how it stacks up against other mobile optimization tools.

What happens in an internet second. We'll wrap with something fun and a little mind-blowing. Designly's One Second shows you how much content or activity is happening on different platforms with every passing second. How does a brand even begin to compete with all that content? Ask yourself the question before bed; maybe by morning you'll wake up a content strategy genius. Best-case scenario? Getting this guy to change jobs again. 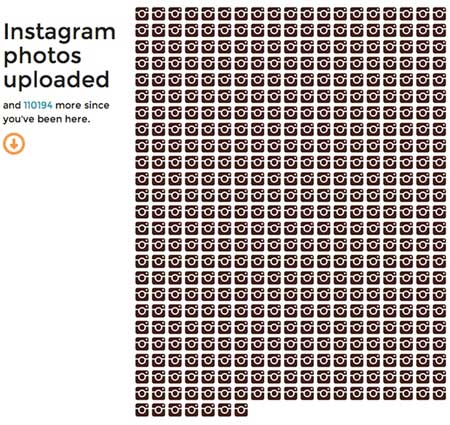