Although companies know they need a marketing message that stands out in the marketplace, 62% of executives rate their company's message as average to poor and only 38% say their company has a differentiated story, according to a survey from Corporate Visions. 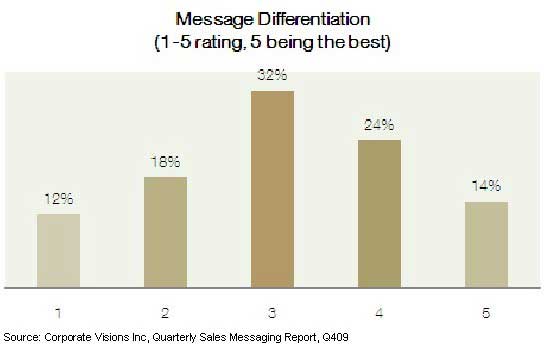 Dissatisfaction with sales messaging is so high that many sales teams have taken matters into their own hands: Nearly three-quarters of salespeople (74%) say they rewrite messages and tools created by marketing departments at least sometimes, including 41% who rewrite collateral frequently and 10% who always do it, according to a separate survey from Corporate Visions. 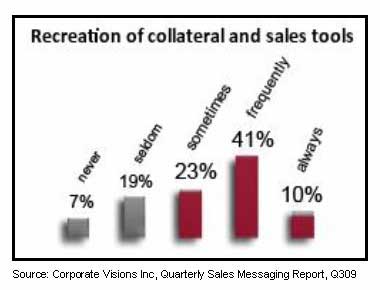 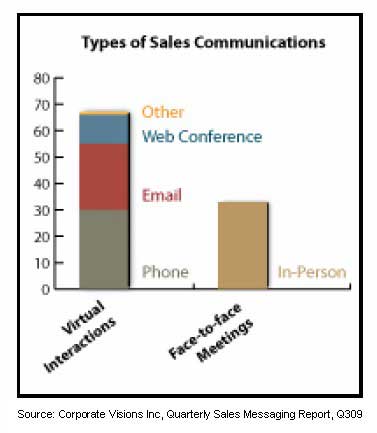 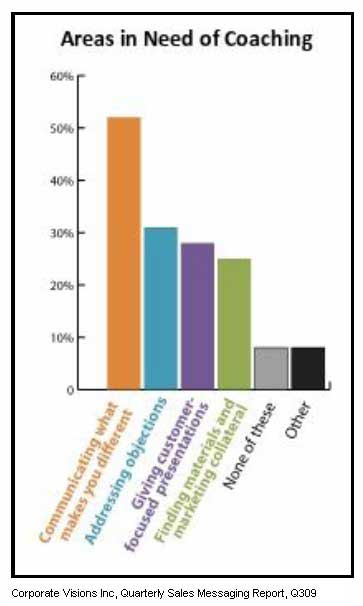 About the data: Findings are from Quarterly Sales Messaging Reports conducted in the third and fourth quarters of 2009 by Corporate Visions, and include the opinions of approximately 350 B2B marketing and sales professionals.