Despite widespread consumer adoption of social media, advertisers on average allocated just 4% of their media spend to the channel in 2009, relying instead on traditional, proven online media choices that were in place before the economic downturn, according to data from interactive agency Razorfish. 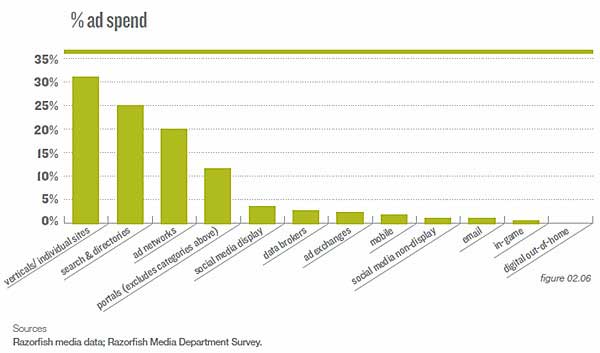