Facebook users spend an average of 7.3 hours a week using the social site—roughly one-third of the amount they spend online—and while on Facebook, most are multitasking online, such as searching the Web or shopping and researching products, according to a survey from Morpace Inc.

Among surveyed Facebook users, the time spent on Facebook as a percentage of total online time varies by age and annual income: 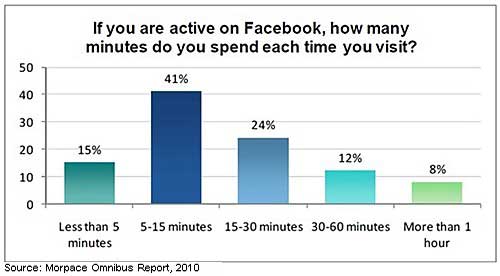 Below, other findings from the Morpace Omnibus Report on Facebook.

Unmarried Facebook users spend significantly more time on the Internet each week than married ones: 23.8 hours vs. 20.8 hours. 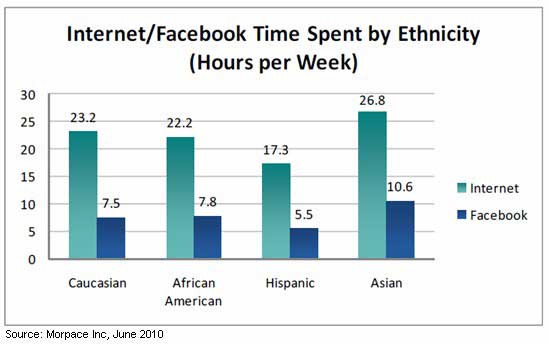 While logged on to Facebook, 68% of users say they also check email, 55% say they simultaneously search the Web, 47% say they watch TV, and 24% shop and research products and services. 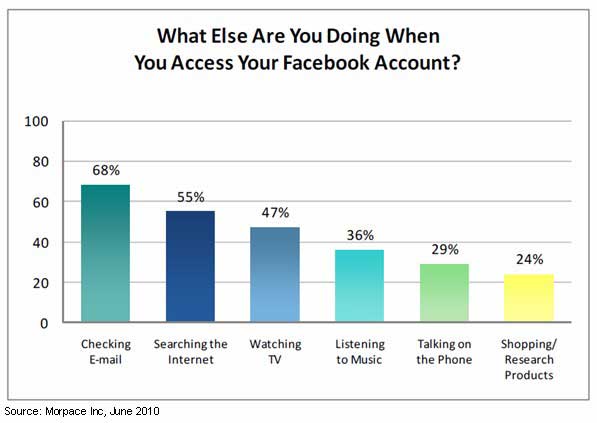 About the data:  Findings are from Morpace's monthly Omnibus Report, based on a survey of 1,000 adult consumers who use Facebook, conducted via online panel in May 2010.