Google's Android operating system accounted for 40% of smartphone visits to Myxer's mobile entertainment-content site in December 2010, up from 12% a year earlier, toppling the once unshakable BlackBerry from its leadership position for the first time, according to a report by Myxer. 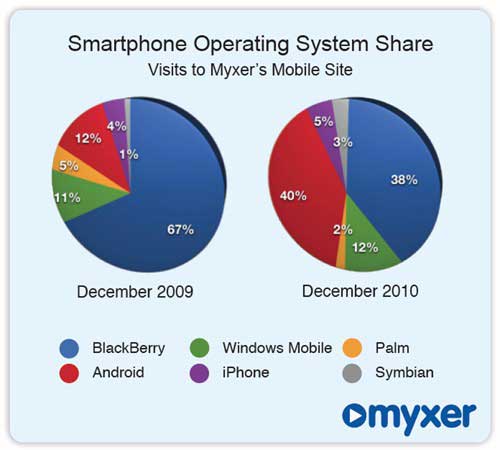 Below, other findings from Myxer's Boombox Report, 2010: Year in Review, which explores downloads of Myxer's mobile entertainment content.*