Email open rates continued to languish in 2010, though performance levels varied dramatically by industry, whereas click rates improved during the year, according to a report by MailerMailer, which also found that most people tend to open email between seven and ten in the morning. 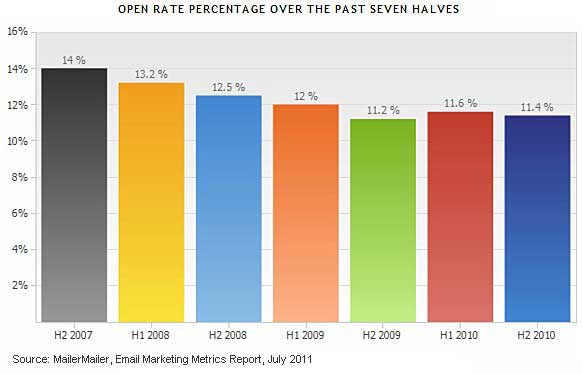 Though factors such as image blocking, rising use of smart phones, and list fatigue are often cited for open rate decline, another element influencing open rates is the increasingly large volume of emails that subscribers regularly receive, according to the report.