As of early 2012, more than six billion mobile subscriptions were in use around the world (pre-paid and post-paid), providing mobile access for more than three-quarters (75%) of the world's inhabitants, according to a report by the World Bank. 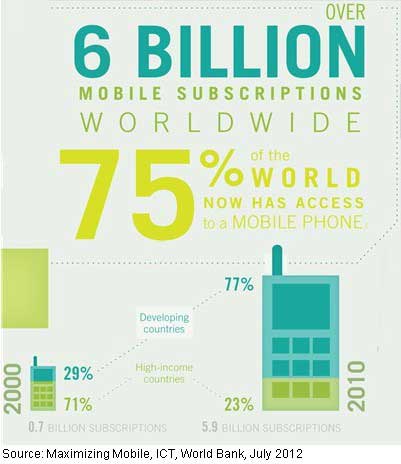 Below, additional findings from the report titled "Maximizing Mobile," published by the World Bank's Information and Communications Technologies (ICT) office.