With smartphones now the majority of mobile phones in the US, shopping via mobile is more popular than ever: 47% of American smartphone owners used a mobile shopping app in June 2012, according to data from Nielsen.

Major brands already well-known for online buying were the most popular in Nielsen's category in June: 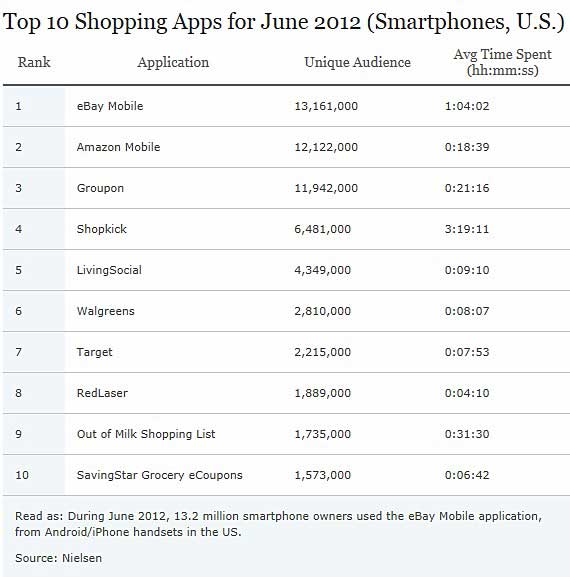