In 2007, local business spent 10% more on advertising than they did on promotions (e.g., coupons, discounts, and promotional products); however, in 2012, they spent a stunning 81% more on promotions, according to a new report by Borrell Associates.

The key to that change is digital promotions, Borrell found. 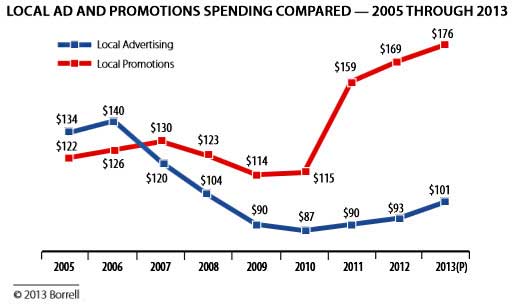