Some 182.5 million Americans watched 39.3 billion online content videos in March 2013, and the number of video ad views reached an all-time high of 13.2 billion, according to comScore Video Metrix data released this week.

Among the notable findings: 84.5% of the US Internet audience viewed online video; the duration of the average online content video was 5.6 minutes, while average online video ad duration was 0.4 minutes; and video ads accounted for 25.1% of all videos viewed and 2.2% of all minutes spent viewing video online.

Below, additional findings issued by comScore from its March 2013 data.

Google Sites, driven primarily by video viewing at YouTube.com, ranked as the top online video content property in March with 153.9 million unique viewers, followed by Facebook with 63.8 million, VEVO with 52 million, Yahoo Sites with 50.3 million, and Viacom Digital with 43.8 million. 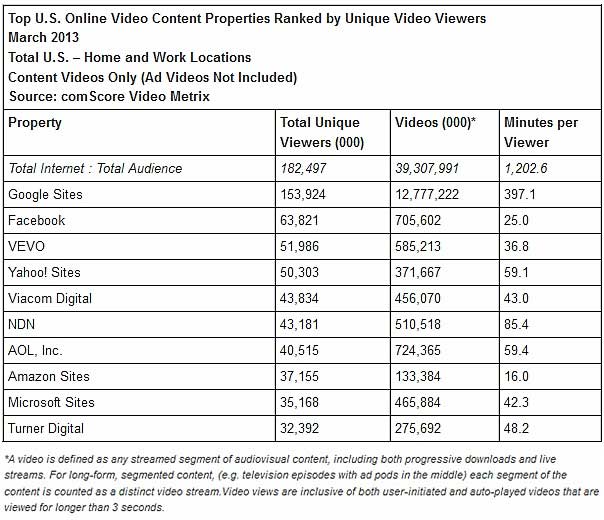 More than 39 billion video content views occurred during the month, with Google Sites generating the highest number at 12.8 billion and Facebook reaching an all-time high for the second consecutive month with nearly 706 million.

Google Sites had the highest average engagement among the top 10 properties. 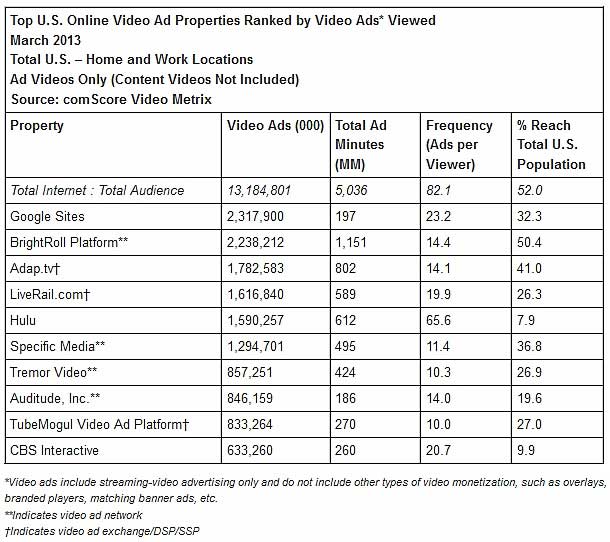 Video ads reached 52% of the total US population an average of 82 times during the month. Hulu delivered the highest frequency of video ads to its viewers with an average of 66.

Video music channel VEVO maintained its top position as YouTube partner with 50.8 million viewers. Fullscreen held on to the No. 2 position with 40.1 million viewers, followed by Maker Studios Inc. with 33 million, Warner Music with 32.5 million, and ZEFR (formerly MovieClips) with 26.5 million. 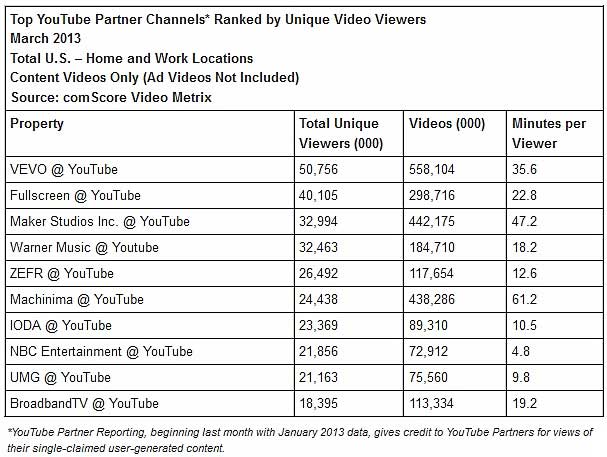