The average conversion rate from email for e-commerce websites dropped in the second quarter of 2013, falling to 3.34%, from 3.56% in 2Q12, according to a recent report from Monetate. 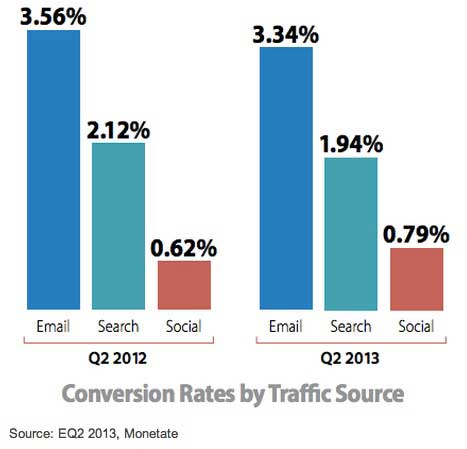