Which Electronic Devices Are Americans Buying for the Holidays?

Nearly two-thirds (64%) of Americans plan to spend at least part of their 2013 holiday gift budget on electronic devices, according to a recent report by Ipsos Public Affairs.

That proportion is significantly higher among households with children (84%) and those 18-34 years old (74%). Americans 55 and older are least likely (49%) to spend on electronic devices for gifts.

However, for most people, electronics are just part of the mix of gifts; very few say they will spend more than 75% of their holiday budget on devices.

Below, additional key findings from the report, which was based on data from an online survey of 1,000 US adults. 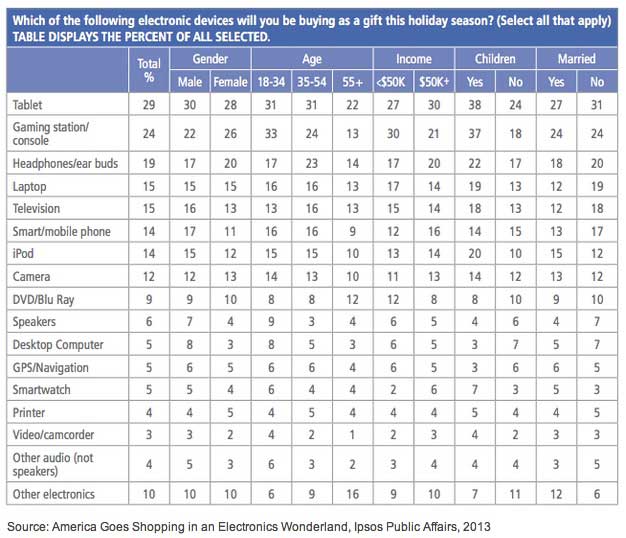 About the research: The report was based on data from an online survey of 1,000 adults 18 years of age or older in the contiguous US. The panel was balanced to be representative of the general population based upon region, gender, age, and household income.