Enterprise marketers say television advertising and social media are two of their top channel priorities this year, according to recent research from Clutch and R2i. 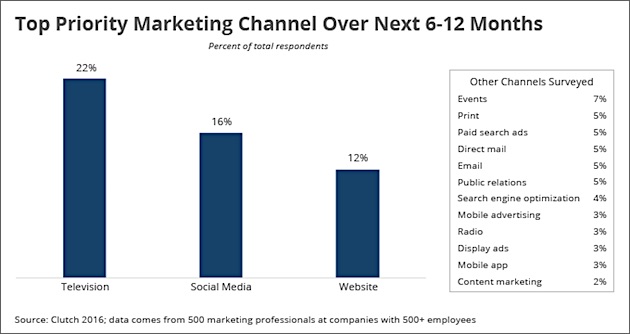