The number of business reporting malware and spam attacks by cybercriminals on popular social networks rose sharply during 2009, posing a risk to users and the companies they work for, according to a report from Sophos.

Below, other findings from the Sophos Security Threat Report: 2010.

Spam attacks via social networking sites increased sharply during the year, with 57.0% of companies reporting such spam in December 2009, up 70.6% from the 33.4% reported in April 2009. 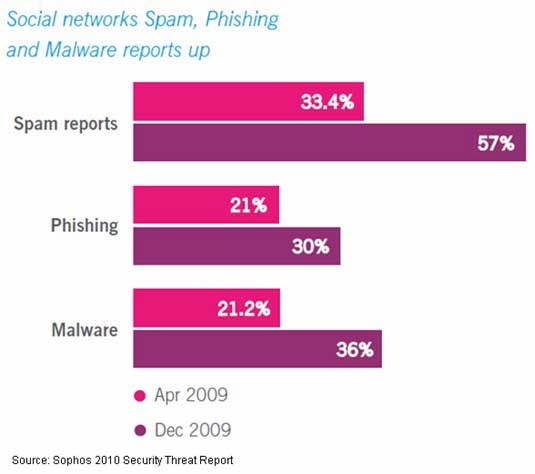