Tech-Gadget Census: Which States Own What 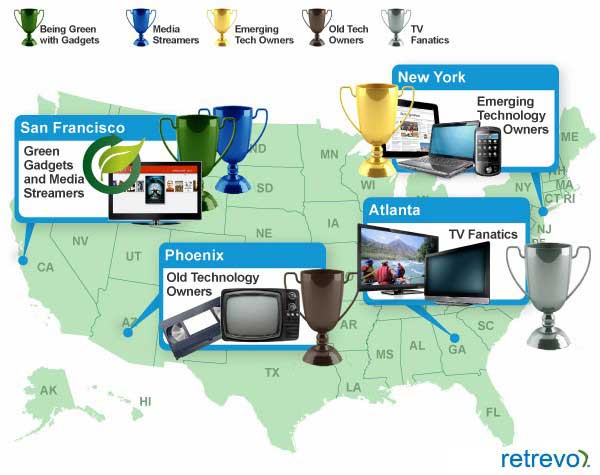 Greater Atlanta ranks highest in TV ownership, with households in that region reporting more TVs in more places in their homes, such as in bathrooms and garages. Atlanta metro residents also record the most TV shows and watch more TV than residents of other regions.

Below, other findings from The 2010 Retrevo Gadget Census, which explores tech-gadget ownership trends across the US.

Gadget ownership varies significantly across the US: 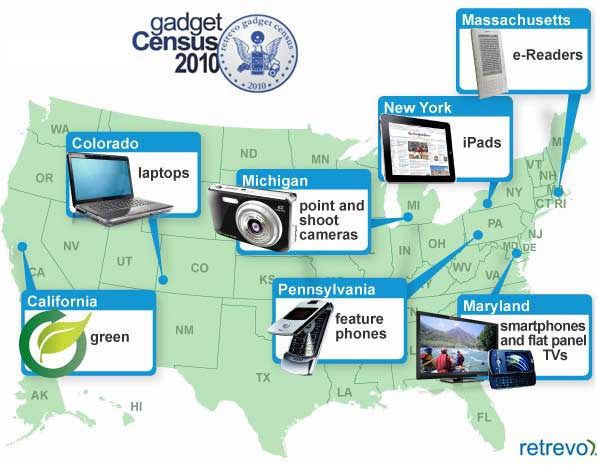 About the data: Findings are from Retrevo's 2010 Gadget Census, conducted online from March to July 2010 among 7,500 consumers, evenly distributed across gender, age, income, and location in the US.