Most Young Adults in US Own a Smartphone

Adults age 25-34 have the highest level of smartphone ownership in the US: 62% owned a smartphone as of the third quarter of 2011, compared with 43% among mobile phone subscribers of all ages, according to data from Nielsen.

Adults age 25- 34 are clearly the sweet spot of smartphone adoption, but other generations have surpassed the 50-percent tipping point as well: 54% of adults age 18-24 and 53% of those age 35-44 own a smartphone, as opposed to a basic feature phone. 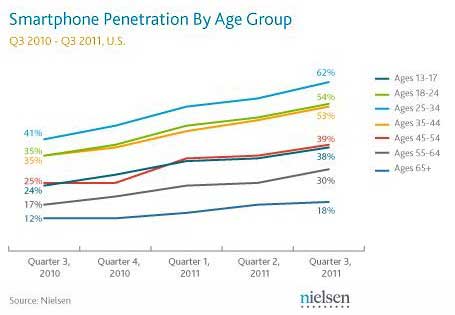 Amid the rapid market expansion, Android remains the most popular smartphone OS (operating system) in the US with 43% of the market, followed by Apple with 28% and RIM BlackBerry with 18%: 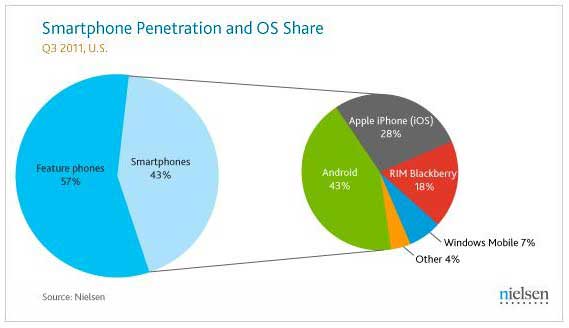 About the data: Findings are from Nielsen’s third quarter survey of mobile users in the US.