Google Android continued to widen its lead in the US smartphone market in February 2012, crossing the 50% threshold to capture a majority share for the first time in its history, according to data from the comScore MobiLens service. 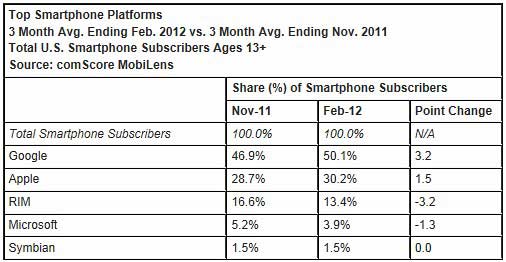 Microsoft fell 1.3 PPs to 3.9% of smartphone market share as of February, followed by Symbian with 1.5%.