Moreover, the total amount of time spent using social media in the US across PCs and mobile devices increased 37% in 2012 year over year (YOY), to 121 billion minutes as of July, from 88 billion in July 2011. 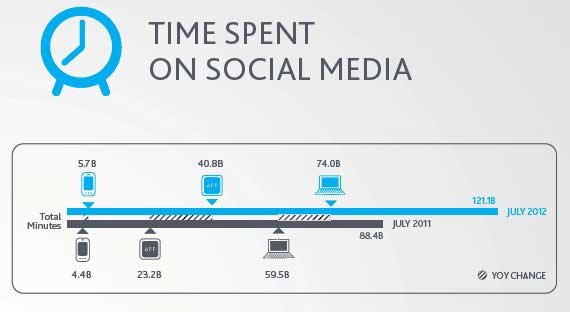