Mobile search is forecast to be the dominant ad format, growing to $5.7 billion in 2017. The forecast comprises advertising placed in mobile search, display, and video, and commercial SMS.

Below, additional details from BIA/Kelsey's US Local Media Forecast (2012-2017). 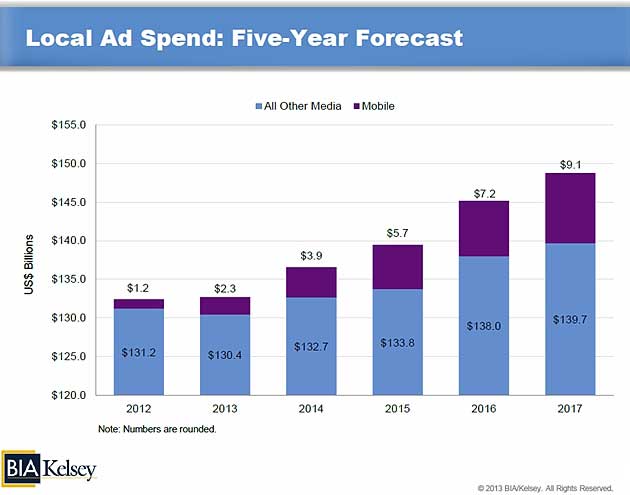 The projected mobile local ad revenues are a subset of total US mobile ad spending, which is forecast to grow from $3.2 billion in 2012 to $16.8 billion in 2017.

Accordingly, locally targeted mobile ads, which constituted 38% of overall US mobile ad spending in 2012, are expected to grow to account for 54% in 2017: 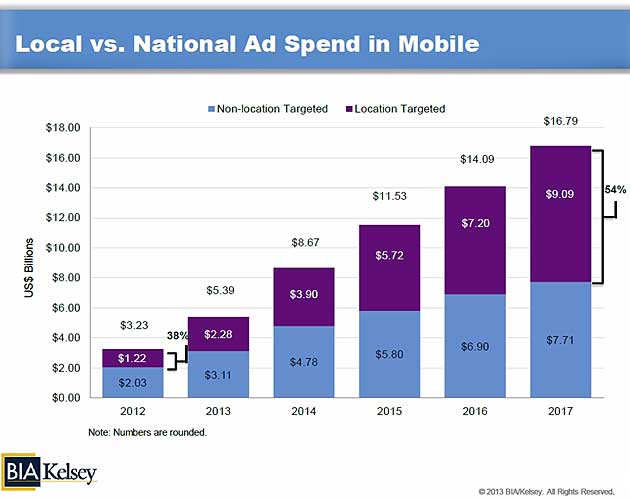 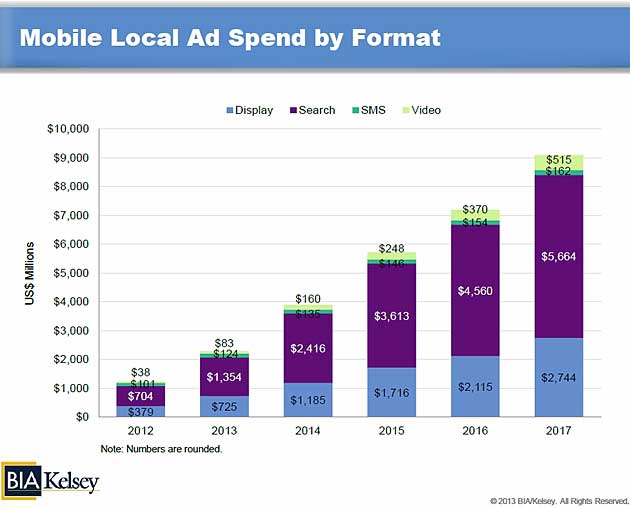 Search's dominant share indexes higher within the localized segment than within the broader of US mobile ad revenue total because of the high correlation between mobile search and local user intent, BIA/Kelsey said.

Conversely, there is a lower percentage of localization within the display category, because of the branding (as opposed to direct response) and reach-driven objectives inherent in display campaigns (e.g., in-app ads).

Several factors will drive the "localized" share of US mobile ad revenues, according to BIA/Kelsey, including the following:

"Though inventory growth currently outpaces advertiser demand, we believe the latter will begin to accelerate," said Michael Boland, senior analyst and director of content, BIA/Kelsey. "This will not only increase overall mobile ad spend, but mobile ad rates such as CPMs and CPCs, which are currently lower than desktop equivalents due to inventory oversupply."

About the data: BIA/Kelsey's Annual US Local Media Forecast (2012-2017) draws from multiple sources, including proprietary data; company, industry, and country information in the public domain; and discussions with clients and nonclients about the direction and pace of development in the local media marketplace.

BIA/Kelsey defines the local media advertising marketplace as those media that provide local audiences to all types of advertisers. Mobile local advertising is defined as advertising that is targeted based on a user's location.