Consumers visually engage with native ads 52% more frequently than with traditional banner ads, according to a new study from Sharethrough and the IPG Media Lab.

Among the key findings of the study, which reports the results of both a survey and an eye-tracking study: 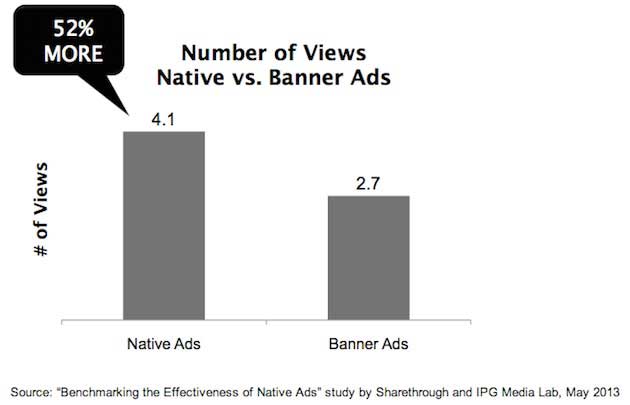