22% of Opt-in Emails Not Reaching Inboxes

Nearly a quarter (22%) of opt-in marketing emails never made it to inboxes in the first half of 2013, according to a recent study by Return Path.

Based on a sample of nearly 1 trillion messages sent worldwide, the report found that 18% of all email messages sent with subscribers' permission either were blocked or went missing, and another 4% were delivered to spam or junk folders. 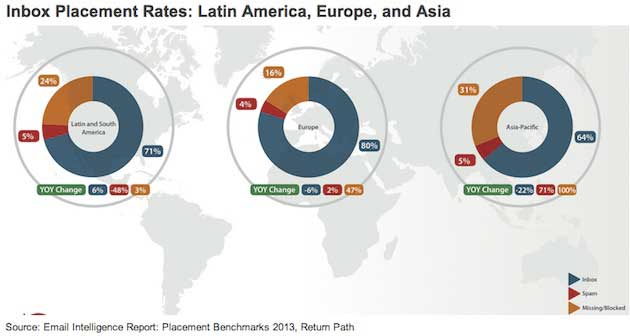 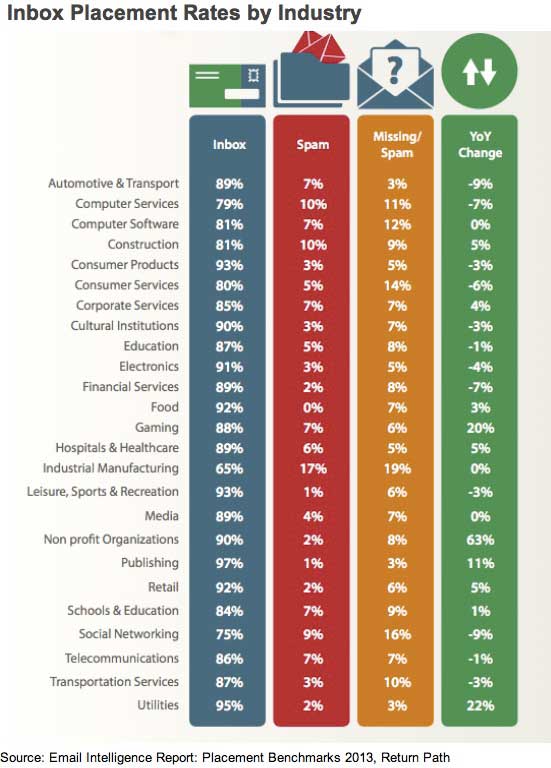 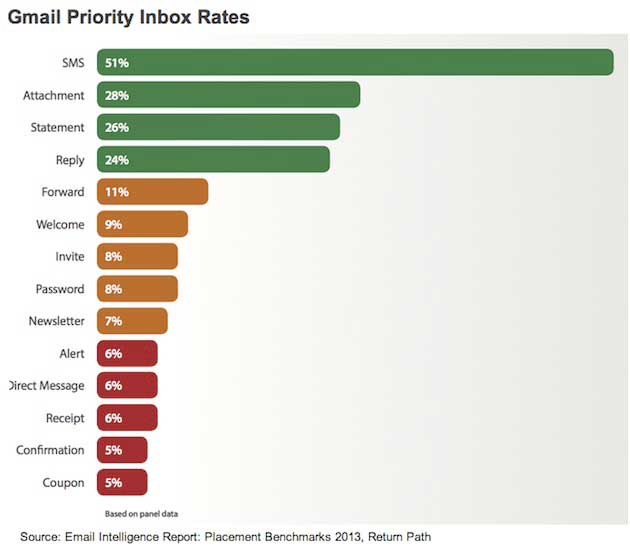 About the research: The report was based on an analysis of nearly 1 trillion messages sent through more than 150 mailbox providers during the first six months of 2013.