Technology buying decisions made by small businesses are influenced more by attitudes and beliefs than by demographic factors such as industry, revenue, and years in business, according to a recent report from Infusionsoft.

The study, which was based on a nationwide survey of nearly 1,200 small businesses with 25 or fewer employees and revenue of more than $100,000, identified four distinct types of small business technology buyers: Strivers, Customizers, Maximizers, and Supporters. Each group, segmented based on similar attitudes and beliefs, makes up roughly a quarter of all buyers. 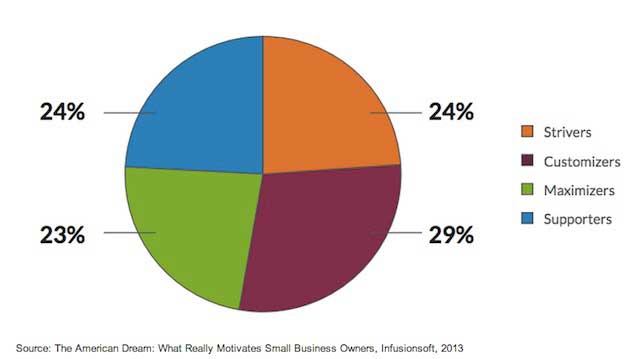 Below, key insights and data points for each segment identified by the study.