31% of Online Americans Post Videos, 11% Want to Be Viral Stars

The proportion of American adult Internet users who upload or post videos online has more than doubled in four years, from 14% in 2009 to 31% today, according to a recent report from the Pew Internet and American Life Project.

Pew found that 27% of adult Internet users have uploaded a video so others can watch or download it, and 18% have posted a video that they themselves created.

Online adults living in higher-income households (annual income of $75,000 or more) are also particularly likely to post or share videos online compared with those in households with annual incomes below $50,000.

Among the 18% of adult Internet users who post their own videos online... 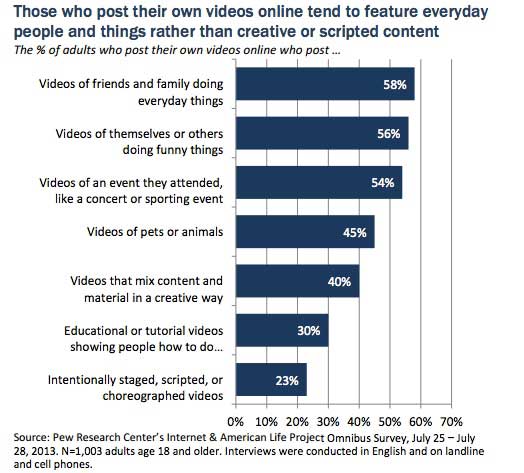 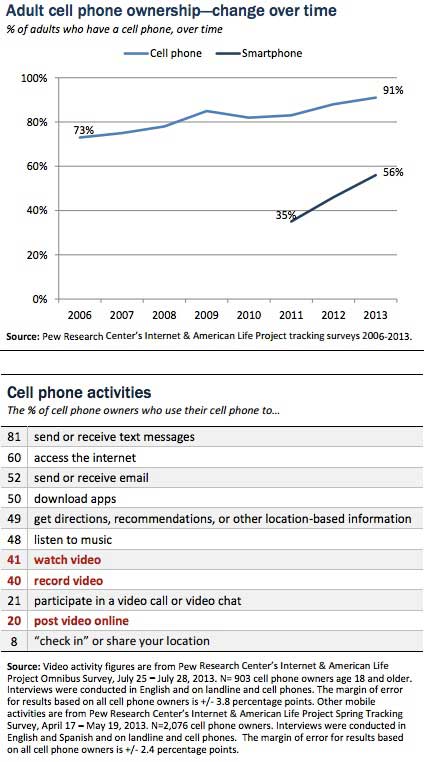 About the research: The report was based on data from a nationally representative telephone survey of 1,003 adults conducted between July 25 and July 28, 2013.