The 10 stores with the most Likes on Facebook are Big Box retailers, with male as well as female users ranking Wal-Mart, Target, and Amazon in the top 4, according to a recent report by ePrize.

Three of the top 6 retailers that men Like most are electronics stores (Best Buy, Fry's Electronics, and h.h. gregg), whereas mass retailers and department stores dominate women's 10 most Liked.

The under-18 age group is the one demographic that doesn't have as much of an affinity for Big Box retailers: Their list of top 10 Liked stores includes Converse, Aeropostale, and Build a Bear. 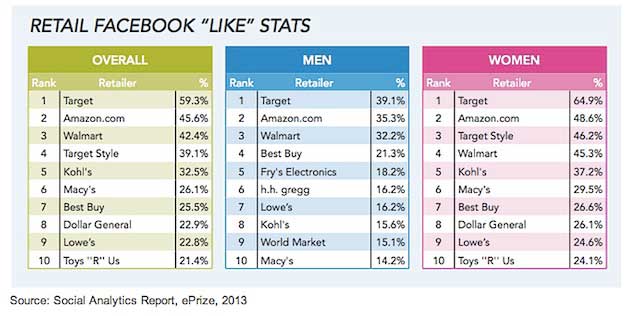 Below, additional key findings from the report, which was based on data collected from 52,697 unique Facebook fans from the US who have Liked CPG companies. 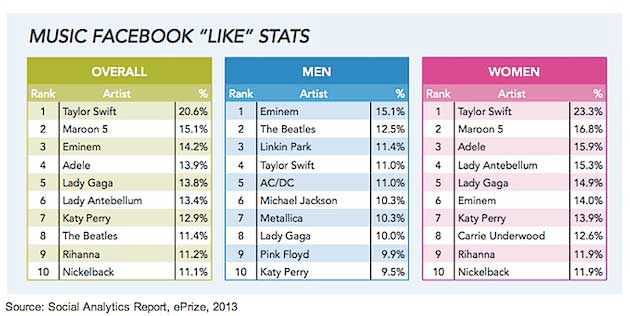 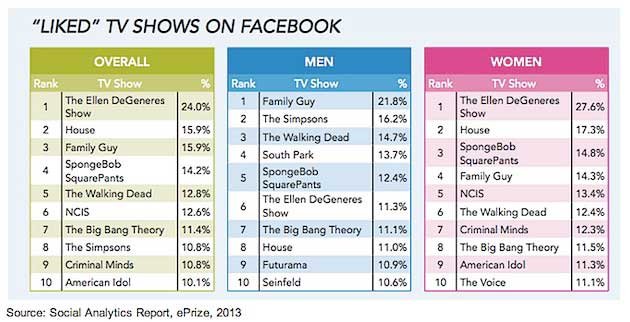 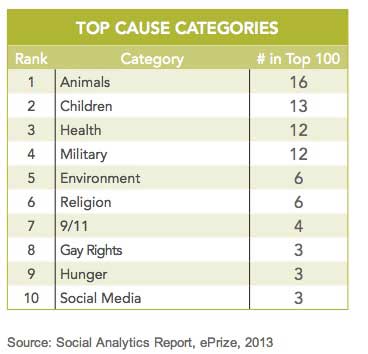 About the research: The report was based on data collected from 52,697 unique Facebook users mainly from the United States who participated in 18 separate campaigns run by CPG brands in 2013.