Users arriving to Web pages from search engines are more likely to click on ads than are users arriving from other pages within the same site, according to a recent analysis by Chitika.

The average indexed click-through rate (CTR) of users arriving from search is also higher than that of traffic arriving directly (e.g., from bookmarks and URLs typed directly into browsers).

Why? The report speculates that internal and direct users are more likely to know what they are looking for on Web pages than search visitors, and so are less likely to be enticed by ads.

Among search engines, Chitika found, users arriving from Ask.com have the highest ad CTR (100% indexed score), followed by Yahoo (28%) and Bing (28%). Google has the lowest CTR (17%) compared with other search engines.

Traffic originating from within the same site had an 11% indexed CTR, and direct traffic was last with 6%. 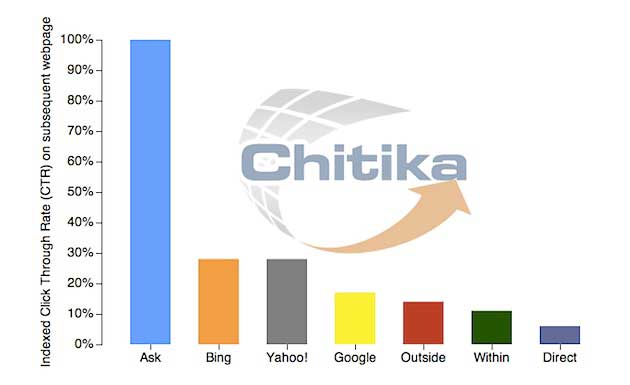 One thing to note is that Ask.com's current share of search engine web traffic is only 2% in North America, so its exceptionally high indexed CTR could be a result of limited data. 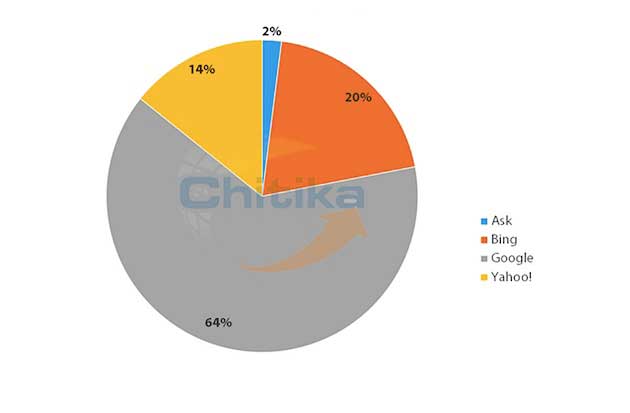 About the research: The report was based on data from ad click activity across Chitika's network—composed of tens of millions of online ad impressions between October 1-10, 2013.