More than one in six emails (17%) sent by marketers do not reach consumers' inboxes: 11% simply go missing and another 6% land in spam/junk folders, according to a recent report from Return Path.

The report was based on an analysis of 492 million commercial messages sent with permission to consumers around the world between May 2013 and April 2014.

The proportion of emails that didn't arrive in inboxes stayed fairly consistent throughout the time period examined, including during the end-of-year holiday shopping season when email volume typically surges. 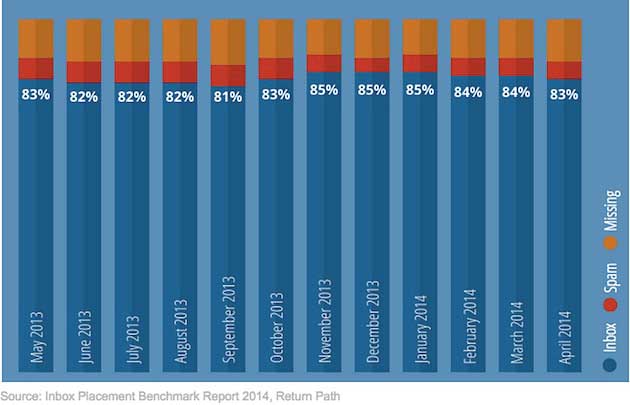